A taste of Olympic hockey came to Cranbrook 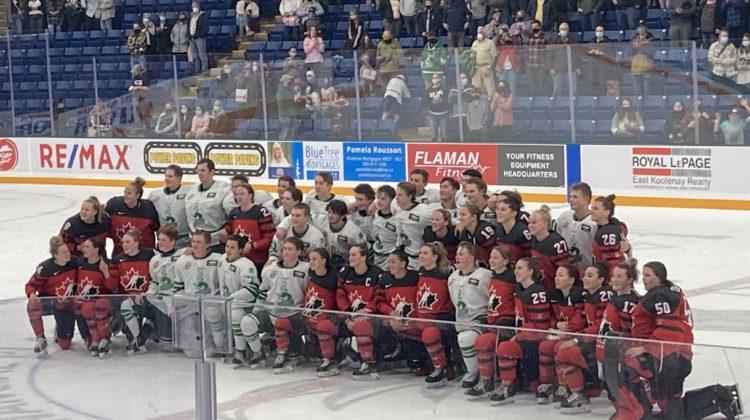 While fans of the Cranbrook Bucks may have been conflicted on who to cheer for, high-level hockey was on display when Team Canada came to town.

The National Women’s Team is on the road to Beijing and stopped in Cranbrook and Trail to face some tough competition.

“This allows us to elevate our game and provides a platform for where we can’t really take any shifts off, we can’t make any big mistakes because that usually costs us and puts a goal in our net,” adds Kingsbury.

“It forces us to play a really clean game, a really direct game and make decisions that are really high-paced. This will elevate our performance and our game ahead of Beijing and that’s exactly what we need.”

Kingsbury says the bond this women’s team has is one of the strongest she’s seen in years and it translates well to the ice.

“This group has an incredible bond together, they are extremely well connected. It’s probably the group that’s been the most connected that I’ve seen with this national team program in years.”

“I think that is one of our strengths and we’ve invested a lot of time and energy to building those connections and building those relationships and I think it pays off in our play.”

The Cranbrook Bucks were able to continue their exhibition win streak, beating Team Canada 8-3 in front of a sold-out crowd.

17-year-old Tyson Dyck scored a hat-trick, while Noah Quinn put up two tallies for the Bucks.

Action in this game was down to the final minute as forward Jessie Eldridge of Team Canada scored a breakaway goal with 46 seconds left on the clock.

The Bucks will now prepare for the regular-season opener on Friday, October 8th, against the Trail Smoke Eaters. 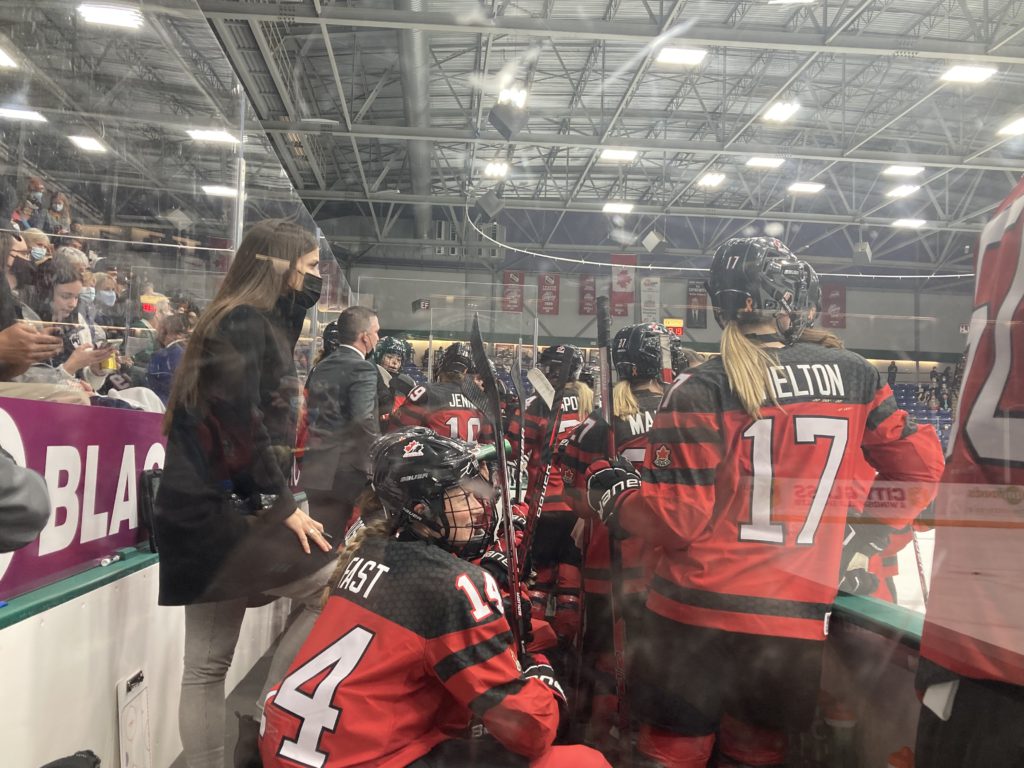 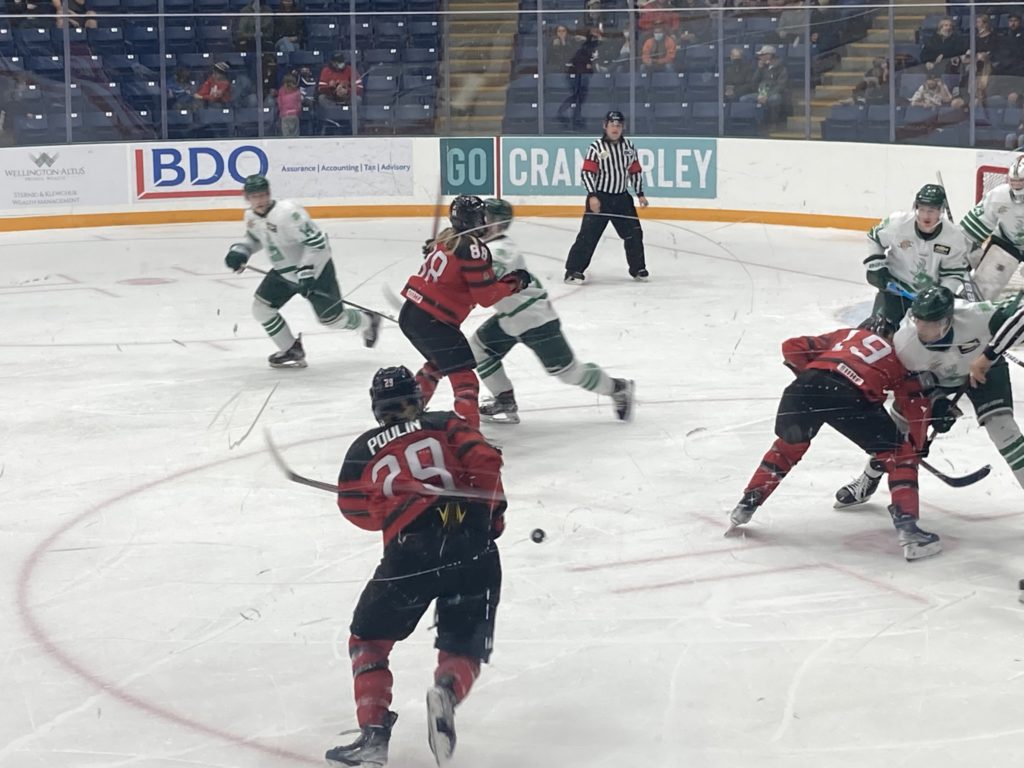 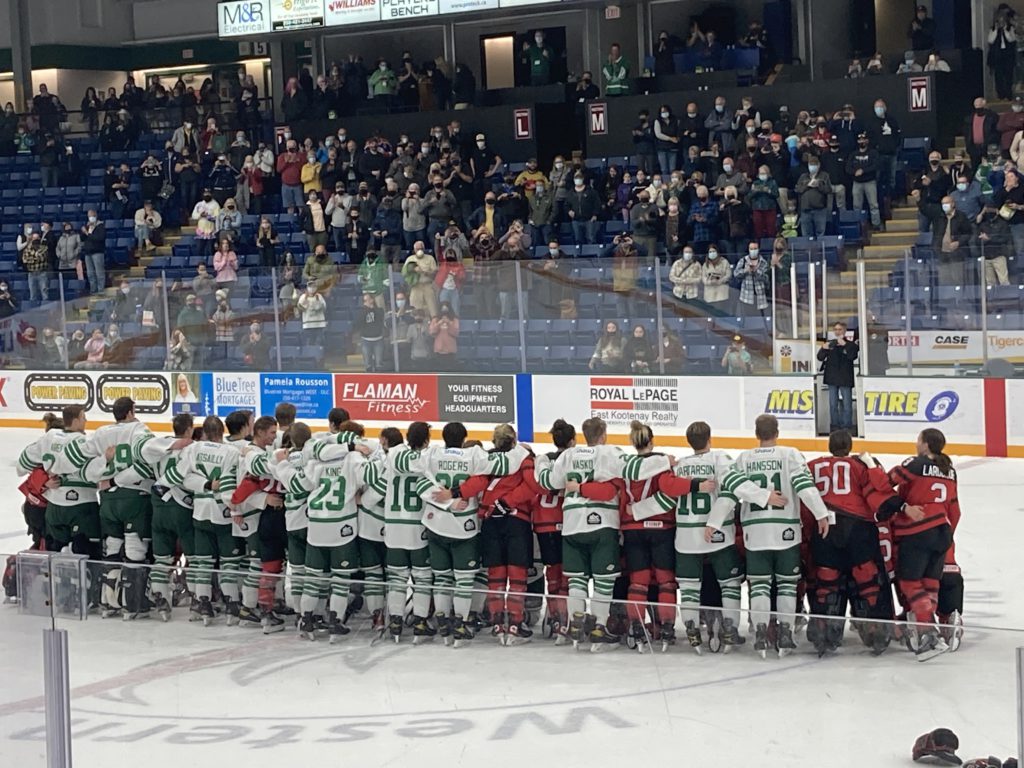