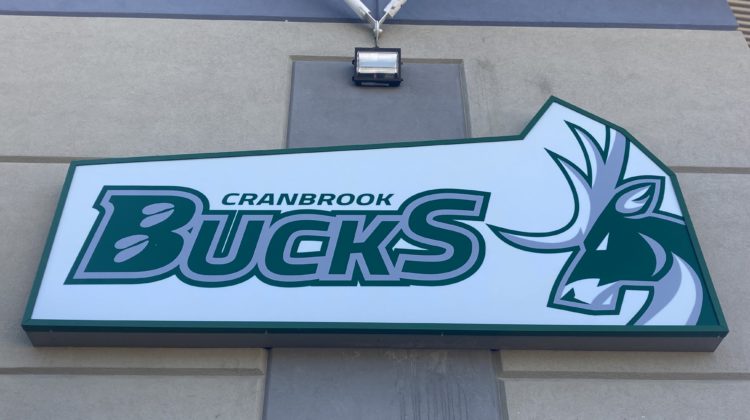 On Friday, October 1st the Cranbrook Bucks took on the Wenatchee Wild, winning 3-1.

Both teams got a goal in the first period, with Cade Stibbe scoring the Wild’s first and only goal of the game and Bucks’ forward Noah Quinn tying the game with nine minutes to go in the period.

In the second period, the Buck’s put the game away scoring twice. Forward Brendan Rogers put up a tally early in the second and defenseman Rhys Bentham scored the final goal of the game.

Wenatchee had 26 shots while the Bucks had 51.

On Saturday, the Buck’s played a dominant game against the Trail Smoke Eaters, shutting them out six to nothing.

Two goals for the Bucks in the first period as forwards Liam Hansson and Tyson Dyck both scored.

Only one goal in the second period as defenseman Cameron Kungle brought his team to a 3 goal lead.

Three goals were scored in the third, with Rhys Bentham, Johnny Johnson and Kellan Hjartarson all scoring.

Both Cranbrook and Trail had 33 shots each.

The Bucks will now get ready to face the Women’s National Team on October 5th, 2021.

That game has sold out. The Cranbrook Bucks are allowed 50 per cent capacity under provincial government guidelines.