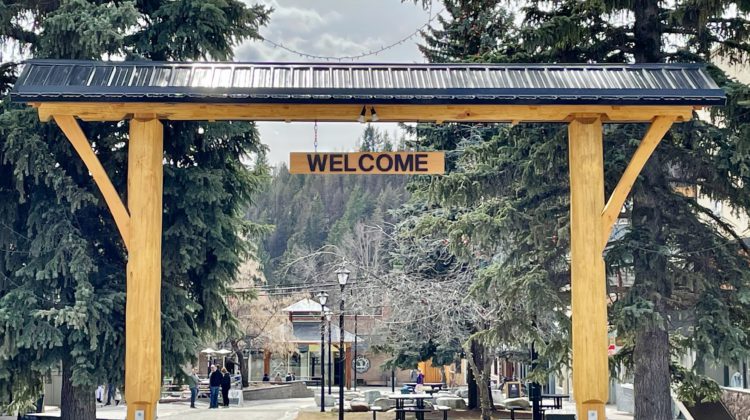 Mayor Don McCormick said the financial plan is updated every year and he said a new project has allowed them to find what needs prioritizing.

“The five-year financial plan is a plan that is updated every year, the difference this year with respect to infrastructure was a project that we put in place to help collect data and prioritize infrastructure projects that we have,’ added McCormick.

“We had about 20 of those in the five-year financial plan, and urban systems through this analysis came up with 58.”

Included in the plan is the Platzl Parking Lot Revitalization.

“The Platzl Parking lot is definitely in need of a makeover. It’s been quite a number of years since that pavement was laid and the patterns of usage have definitely changed over the years,’ said McCormick.

“We have an opportunity to do this given the ageing infrastructure underneath the pavement, so we’re going to take the opportunity to replace all of that and do a little bit of updating for that parking lot, hopefully to increase the amount of parking we do have.”

If the grant is unsuccessful the project won’t succeed and the $350,538 will remain in the General Operating Capital Reserve.

Another project in the plan is the Townsite Multi-use path project, which would formalize pre-existing dirt paths in the area.

“As part of the active transportation plan that staff put in place a short time ago, upgrading our internal paths throughout the city is a priority. Up in Townsite there are dirt paths that have been carved out by natural walking patterns as well as riding,” added McCormick.

“We are simply formalizing those paths that have been put in place, putting down the pavement, making sure they’re wide enough to accommodate both walkers and riders and hopefully make the experience a whole lot better for folks up in Townsite.”

If the grant is unsuccessful the project won’t succeed and the $87,698 will remain in the General Operating Capital Reserve.

Another project covered in the financial plan is Forest Management.

McCormick said fire management is necessary every year and will help reduce fuel for wildfires in the region.

“For many years now pretty much on an annual basis we have been both getting grants and spending money from our budget for making sure we have fire mitigation efforts in place and a lot of this has to do with forest practices not just removing fuels,’ said McCormick.

“We’ve been making some really good headway over the years both inside the city limits and working with the province and with other stakeholders outside the city limits. this is really an extension of that, it’s not something that’s a one-time thing, you basically have to work on this every year and will probably be doing that forever.”

Below is the complete five-year financial plan.