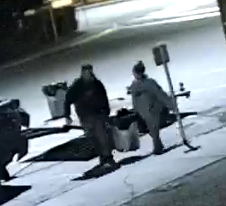 The Cranbrook RCMP is investigating garbage cans filled with liquid that were left at the front of Mount Baker Secondary School overnight.

The RCMP was called on the morning of September 23rd and said they don’t believe the cans were left for malicious reasons.

Police are looking for a man and a woman in a darker-coloured pick-up truck.

“Video from the front of the building shows a four-door pick up truck with a blue quad in the back, pulling a flat deck”, said Cst Forgeron of the Cranbrook RCMP. 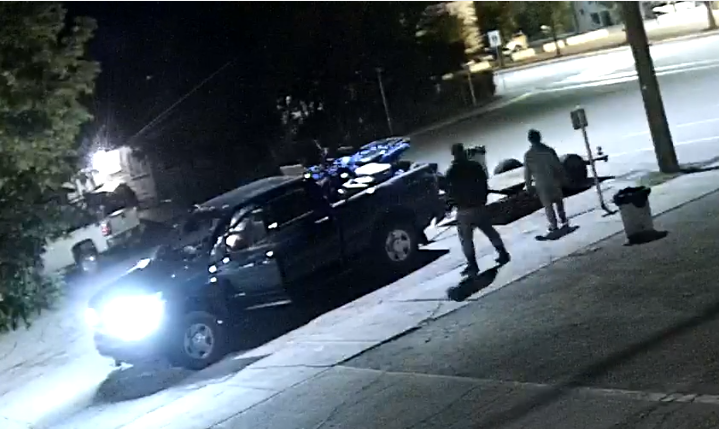 “We are continuing our investigation,” added Forgeron, “and ask that anyone who recognizes the vehicle or its occupants to contact the Cranbrook RCMP at 250-489-3471.”

The garbage cans filled with the substance were removed by a local company.

Below is security camera footage of the incident.