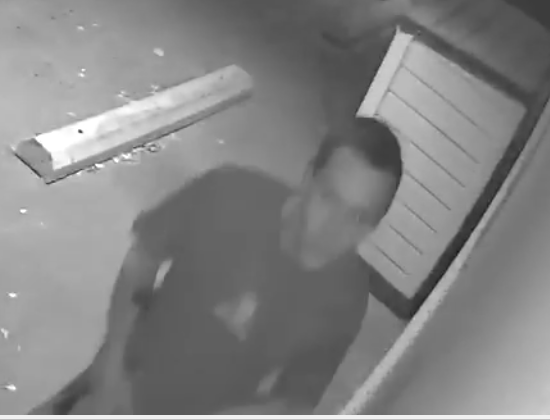 Suspect believed to have stolen a pair of security cameras from a Cranbrook business. (Supplied by Cranbrook RCMP)

Cranbrook RCMP is asking the public to keep a lookout for a suspect who allegedly stole a pair of security cameras from a local business.

Police officials said the Cranbrook detachment was notified of the theft by the business owner on Friday, September 17th.

The cameras were stolen from a business on the 900-block of Baker Street at about 2:30 a.m.

According to police, the video surveillance was able to record an image of the suspect stealing the cameras.

“Cranbrook RCMP is asking the public to help identify the male in the video,” said police spokesperson, Cst. Katie Forgeron. “If you are able to
identify him we ask that you call the office at 250-489-3471.”