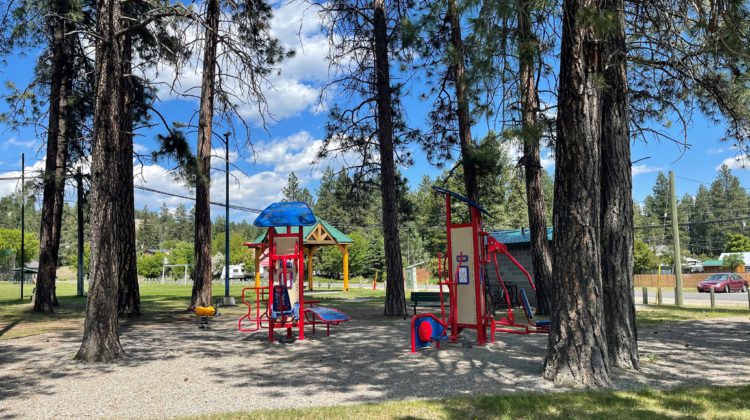 Lions Park in Marysville. ( Supplied by the City of Kimberley)

Kimberley RCMP is investigating after vandalism, including potential arson, has closed two public washrooms around the community.

“In both of these incidents, the damage was substantial. Some of the items, such as the sinks and whatnot, were ripped out of their enclosures,” said Sgt. Steve Woodcox, Commanding Officer with the Kimberley RCMP.

One washroom was also lit on fire, which saw a response from local firefighters.

“The incident at Lions Field involved the burning of a garbage can, which then cause extensive smoke damage throughout the facility,” said Nicole Halasz, Kimberley’s manager of Parks and Facilities. “The facilities at both parks will remain closed for the duration of the fall season and will open again in the spring.”

Residents who may have information, or see any suspicious activity are asked to contact Kimberley RCMP or Crimestoppers.