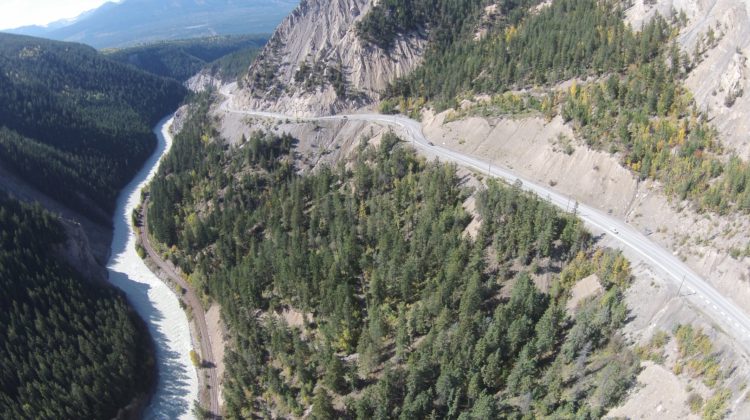 Work on Phase 4 of the Kicking Horse Canyon Project will be underway again this fall, with an extended road closure anticipated later in September.

Highway 1 will likely have some traffic disruptions with some full road closures and detours at certain times. Multi-day closures, similar to those in the spring, will take place due to the extensive excavation and construction required.

B.C. Government officials said traffic along the Trans-Canada Highway will be diverted along Highways 93 and 95 through Radium Hot Springs when the road is closed, which will add about an hour and a half of travel time.

Signs will be posted to alert drivers with notices placed at alternate routes.

From September 7th to 15th, daytime travel through the canyon will be mostly uninterrupted, but evening half-hour stoppages due to single lane traffic and overnight closures will continue.

Half-hour daytime stops will be added between September 15th and 20th between 9 a.m. and 3 p.m. due to single-lane traffic.

Starting at noon on September 20th, a multi-day 24-hour extended closure will have Kicking Horse Canyon closed to all traffic until about 6 a.m. on December 1st.

Highway 1 will be reopened for a brief time with intermittent closures on September 25th and 26th, with full access reopened just for thanksgiving weekend.