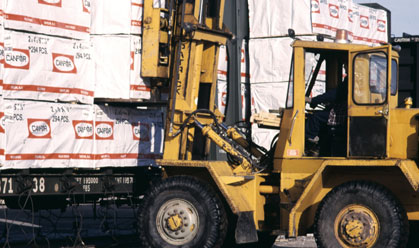 Production will be cut back to approximately 80% at all of Canfor’s mills across B.C., starting this week, impacting over 200 workers in the East Kootenay.

According to Canfor, the reduction in hours is in response to an unstable lumber market.

“Due to challenging market conditions, we are implementing reduced operating schedules at our B.C. sawmills that will remain in place until demand and pricing meaningfully improve. We recognize the impact that volatile lumber markets have on our employees, contractors and communities and we will make efforts to mitigate the negative effects,” said Stephen Mackie, Executive Vice President, North America, Canfor. “We will also leverage our global operating platform to minimize disruptions in supply to our customers.”

This comes after lumber producers were benefiting from a high-priced market.

“As close as two months ago, they were getting record-high prices for their products into the U.S. market. Then the supply and demand law of economics came into play and a lot of supply came back onto the market from the mills,” said Jeff Bromley, Wood Council Chair with United Steelworkers. “Then the market crashed, it actually fell off a cliff. They were fetching anywhere in the neighbourhood of $1,500 U.S. or more per 1,000 board feet a few months ago, and now that number is down to between $500 and $600.”

Bromley said stumpage fees are also making an impact on Canfor’s bottom line, as they are still priced based on market conditions of about four months ago.

The union, however, feels this cutback is unjust to sawmill employees.

“Canfor has made a very tidy profit in the last two quarters, they’ve made record profits. To say they’re losing money at the mills, that’s right they’re certainly not making as much as they did, but to lay off folks during this period feels a little disingenuous. Not too long ago they were reporting record profits to the tune of about $700-million in a quarter, which is unheard of,” said Bromley.

He noted that the loss in production time will likely only impact production workers, but maintenance workers will probably see no change in hours.

“The people who get hurt the most are the workers. They’re the ones that lose pay. So that reduction to 80% capacity equates to about one day a week at the local mills in Elko and Radium,” said Bromley.

According to Bromley, hours at the Creston sawmill will likely be unchanged for the time being.

Bromley added that the cutbacks will likely be in place until the market rises once again.