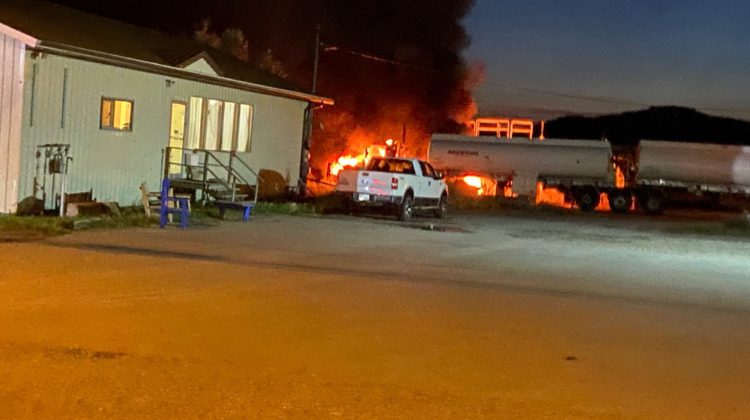 No injuries were reported after a the cab of a fuel hauling truck caught flame in Elko. (Supplied by the RDEK)

No injuries were reported after firefighters were on the scene of a fire that broke out in the cab of a fuel hauling truck in Elko on Wednesday night.

Highway 3 was closed to traffic while crews put out the flames.

Officials with the Regional District of East Kootenay said 23 firefighters from Jaffray, Baynes Lake and Elko responded with eight pieces of apparatus, along with mutual aid from Fernie Fire and Emergency Services.

The fire broke out in the truck while it was refuelling a tank at the Canco Hilltop Service Station.

“Thanks to the incredible work of our firefighters we were able to quickly get the fire knocked down and prevent what could have been a much more serious situation,” said Elk Valley and South Country Rural Fire and Rescue Service Deputy Chief Michael Hockley.

The driver managed to escape the scene unharmed.

RDEK officials said 20 people from the service station and nearby mobile home park were evacuated and sent to Fernie to an Emergency Support Services reception centre. They have since been allowed to return home.

The cause of the fire is under investigation. 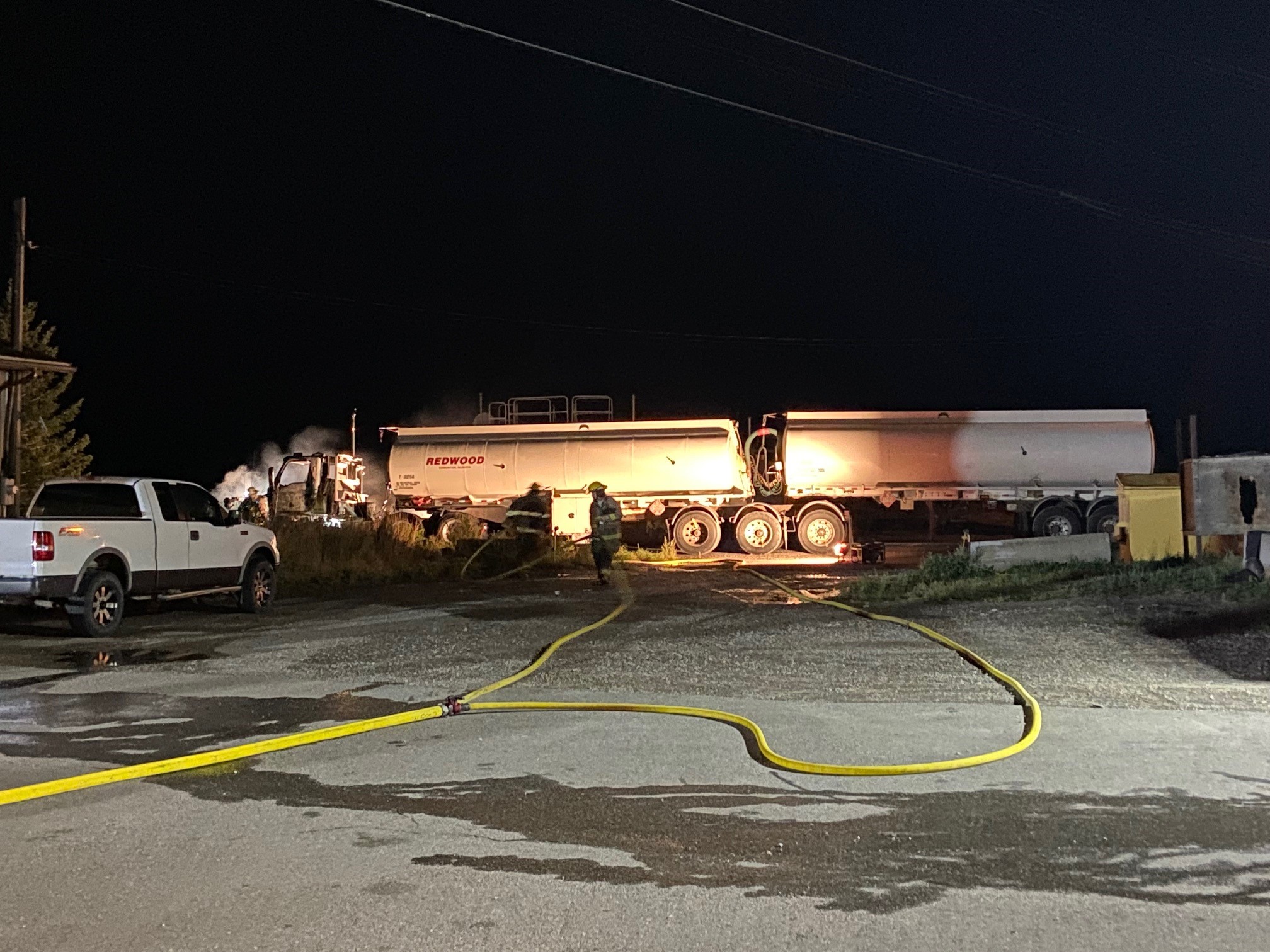 The burned-out cab of a fuel hauling truck that caught flame in Elko. (Supplied by the RDEK)