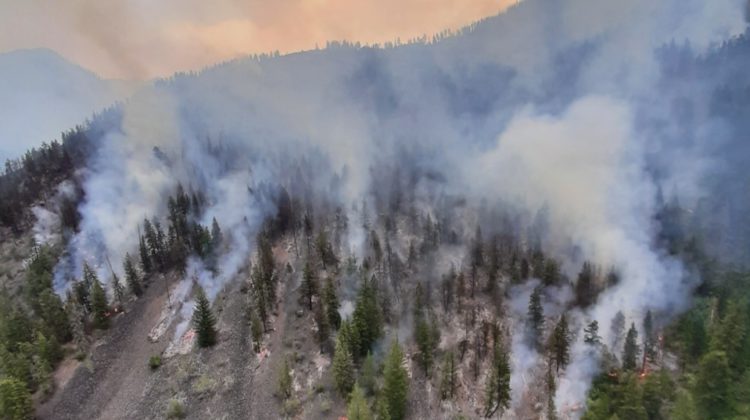 The Bill Nye Mountain fire on July 21, 2021. (Supplied by the BC Wildfire Service)

The Evacuation Alert placed near the Bill Nye Mountain fire has been lifted for 13 properties as of Tuesday.

Officials with the Regional District of East Kootenay said the properties are along the west and south sides of the fire boundaries.

However, the Alert remains in place for 40 properties around the Lazy Lake area.

“With the favourable weather and continued work of the crews, the BC Wildfire Service feel it is safe to lift the Alert for these thirteen properties,” said Nathan Siemens, Regional Emergency Operations Centre Information Officer. “We are grateful to all the women and men on the front lines and behind the scenes who have been working to protect the residents and their properties.”

Area restrictions for the fire are still in place for the time being to protect the public while firefighting work is underway. The public can still use Wildhorse Forest Service Road, but access to the Lazy Lake Recreation Site is prohibited.

The RDEK said residents should remain aware of the situation and prepared, even though the Alert has been partially lifted.

“We have received some rain in different parts of the region; however, conditions remain extremely dry and we all need to continue to stay prepared and aware as we still have a lot of summer left in spite of the cooler conditions this week,” said Siemens.

The fire, about seven kilometres southeast of Wasa, is estimated to have grown to about 2,990 hectares in size since it was first discovered on July 8th.

34 firefighters, four pieces of heavy equipment and one helicopter are being used to fight the fire. 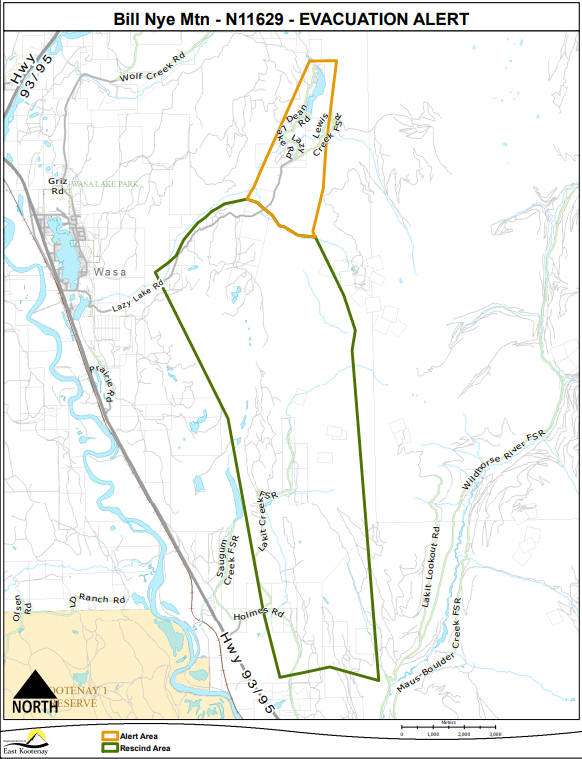 Revised Evacuation Alert map for the Bill Nye Mountain fire, as of August 10, 2021. (Supplied by the RDEK) 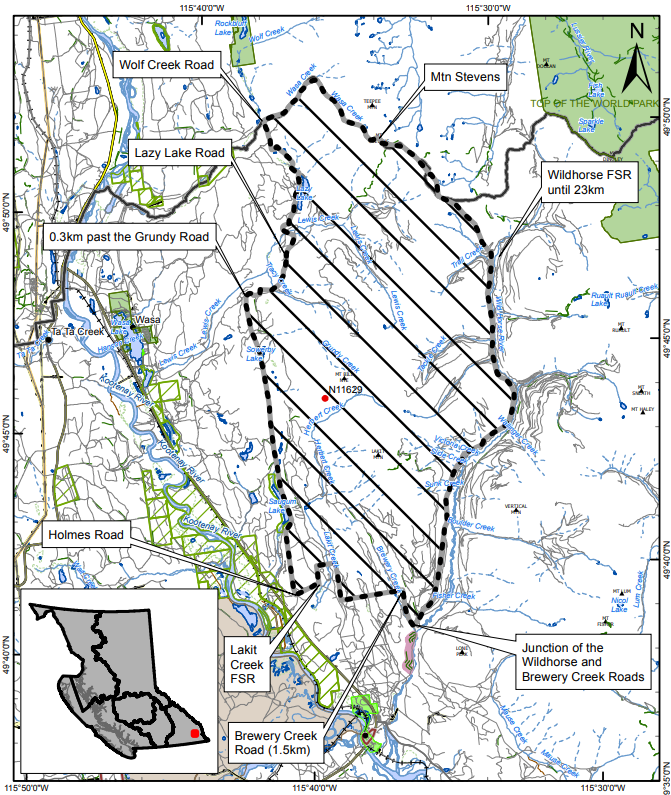 Bill Nye Mountain fire area restriction map, as of August 8, 2021. (Supplied by the BC Wildfire Service)