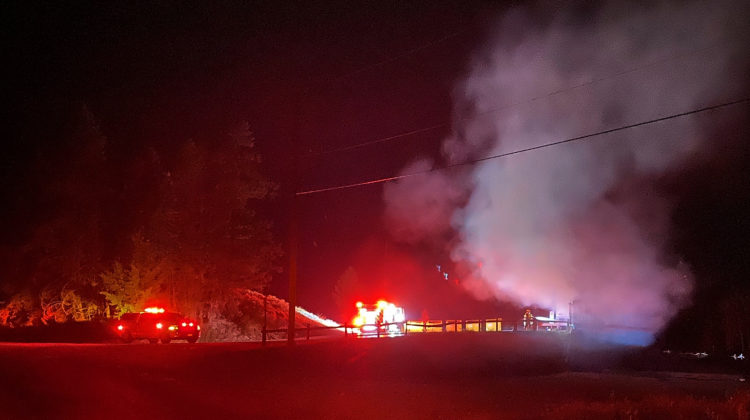 Firefighters responding to a fire at the Edgewater Transfer Station on July 19, 2021. (Supplied by the RDEK)

A crew with the Edgewater Fire Department put out a suspicious fire in the waste bin at the local transfer station late Monday night.

Five firefighters and two pieces of equipment responded to the call at about 11:30 p.m.

“When we arrived on scene, the bin was fully engulfed in flames and our crew did an exceptional job of quickly extinguishing the fire and preventing what could have been a much more serious situation,” said Drew Sinclair, Columbia Valley Rural Fire & Rescue Service Deputy Chief.

The fire is believed to have started from a warm ash barrel that was thrown into the bin with a number of propane tanks.

“This is a deliberate, destructive act that not only put our firefighters at risk, but the wider community,” explained Sinclair. “These ash barrels are at our sites to prevent fires and to provide a safe option for people to dispose of ashes and it is unfathomable why someone would throw one in the bin with propane tanks.”

The Regional District of East Kootenay is reminding the public that the fire hazard rating is high, and a strict fire ban has been implemented across the province, which includes campfires, fireworks and outdoor burning of any kind.

RCMP has been notified of the fire and anyone who may have seen anything at the Edgewater Transfer Station on Monday evening is asked to contact either Columbia Valley RCMP or the Windermere Fire Department. 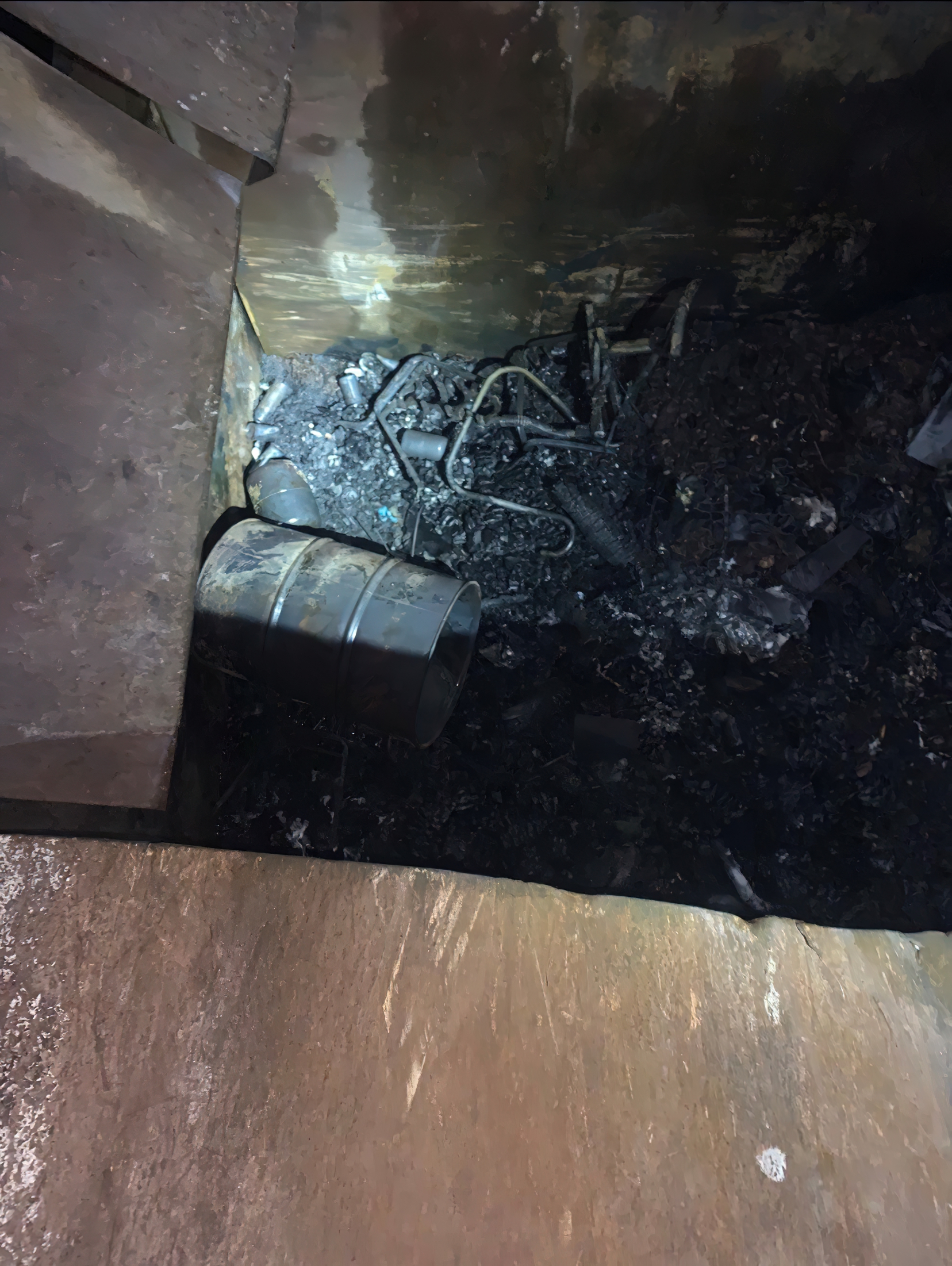 Inside of the burned bin at the Edgewater Transfer Station. (Supplied by the RDEK)