The Regional District of Central has issued two evacuation alerts in response to large, out-of-control wildfires in the Cultus Creek and Akokli Creek areas.

The Alert for the Akokli Creek fire has been placed for the communities of Boswell, Destiny Bay, and Sanca on the east shore of the south arm of Kootenay Lake in Electoral Area A.

Across the lake, areas from south of Next Creek to north of Midge Creek, located in Electoral Area A on the west shore of the south arm of Kootenay Lake are also under an Alert.

RDCK officials said residents do not have to evacuate at this time but should be vigilant and prepared in case the Alert is elevated to an Order. The RDCK recommends preparing an emergency kit planning where to go, and moving pets and livestock to a safe area.

Both fires are believed to be caused by lightning strikes. 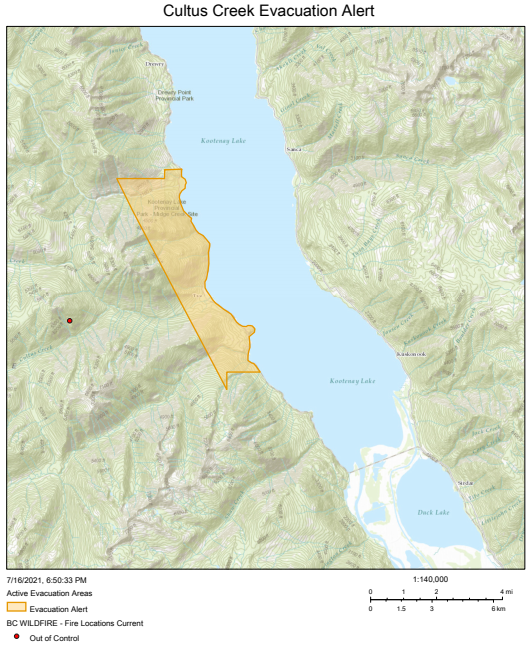 Residents advised by IH to test for radon

‘Tainted right from the get go’: Local MLA’s critical of new premier

Filming to disrupt parking along 2nd Avenue in Fernie