No new fires as some are put out, others remain out of control 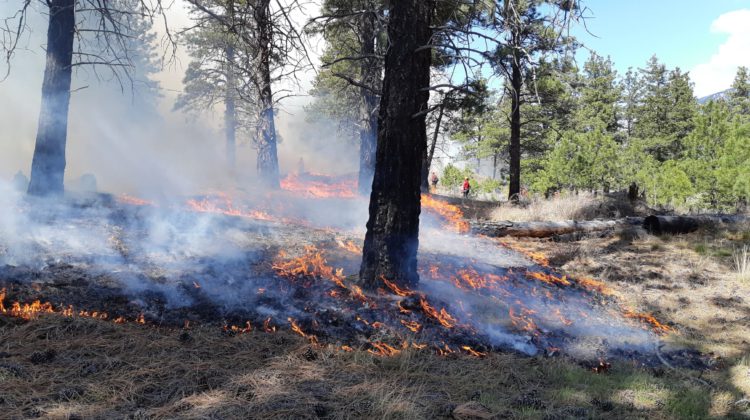 (Supplied by BC Wildfire Service)

A number of small fires that were sparked Tuesday afternoon have been snuffed out, while the region’s largest fire has grown and continues to burn out of control.

Fires out of control

New estimates from the BC Wildfire Service said the Cultus Creek wildfire has grown to about 611 hectares in size. The fire is just east of Kootenay Lake and was first discovered on Friday, July 2nd.

Two large fires are burning across the lake, one in Akokli Creek and one in Redding Creek. They are 238 and 100 hectares in size respectively. The BC Wildfire Service has enacted an area restriction around the two fires on Wednesday.

The public will only be able to enter and exit the vicinity for specific reasons, such as using the highway, travelling to and from your home, as long it is not under an evacuation order, or if you are helping firefighting efforts.

Another 140 hectares of forest is burning out of control near Kamma Creek, southeast of Kianuko Provincial Park.

Farther north, a 5-hectare burn in the Corney Creek area is burning out of control.

The smallest out-of-control wildfire is a 0.6-hectare fire near Bill Nye Mountain, southeast of Wasa.

Firefighters have gained hold of three wildfires in the region: an 11-hectare blaze near Big Lake, east of Highway 93, south of Wasa, and two small wildfires near one another, estimated at 0.01 and 0.2 hectares in the Teepee/Jim Creek area.

The fires south of Canal Flats are under control by firefighting crews, one is a 0.04-hectare fire about 8 kilometres away from White Swan Forest Service Road the other is a three-hectare fire near Centaur Lake.

A 0.19-hectare wildfire near Louis Creek, east of Highway 93 and south of Wasa, is also under control.

Small fires near Barkshanty Creek, about a kilometre and a half east of Moyie Lake and one in the Gold Mountain area are also under control. They are 0.1 and 1.31 hectares respectively.