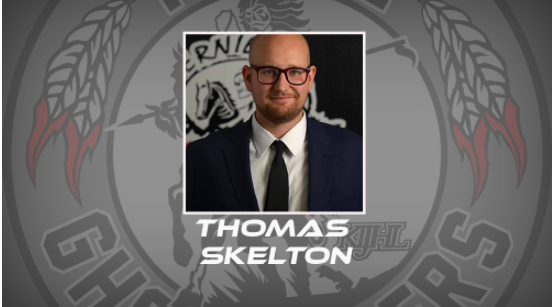 The Fernie Ghostriders’ associate coach and assistant GM raised more than $15,000 for the mental health non-profit MindRight for Athletes Society.

Thomas Skelton embarked on a bike ride from Fernie on July 2nd, ending in Kelowna on July 7th.

“It’s okay to feel that way. It’s okay to speak about any mental health issues you have,” he said.

“Just seeing people being able to share their stories and get conversations going helps a lot of people realize they’re not in it alone. There is always somebody that they can reach out to. Hopefully, people continue to make that decision.”

Skelton said COVID-19 was a big reason for his decision to take part in the ride.

“During the pandemic, I think everyone’s mental health has been tested, no different for myself, my family, for our hockey players, it’s just the uncertainty of things,” said Skelton.

Skelton had an original fundraising goal of $10,000 and was surprised to see how much ended up being raised by the end of the ride.

“It’s an unbelievable accomplishment by all the people who really got on board and donated and got the word out. We raised just over $15,000 in the end, I can’t begin to tell you how humbling that is.”

Skelton said he wanted to make sure the credit for the successful ride goes to those he believes truly deserve it.

“You have to give the credit to the people who donated, the teams that bought in, and all the communities that helped raise awareness.”

The bike ride was not easy, with Skelton saying day one from Fernie to Kimberley was 121.8 kilometres and took him over five hours.

He said he eventually got into a rhythm, which made the long stretches of biking more bearable.

“It was a lot of fun, it was kind of ebb and flow, sort of like a hockey game,” said Skelton.

“There were some ups and downs and a few times I had to talk some sense into myself. Hey, one pedal at a time or one step at a time. All in all, it was a really good experience. I hadn’t done that many 100-km rides back-to-back before.”

Skelton would wake up at 4:30 a.m. every morning to try to outrace the heat as much as possible.

He said the toughest section of the ride was the 145 kilometre section between Kimberley and Creston.

“There were some elevations by Moyie Lake that had busy highway traffic,” said Skelton.

“Those places tested me mentally. That was the toughest riding day. We knew that was going to be the hard part. Everything else just worked out amazing.”

Skelton said his history as a hockey coach helped motivate him to keep going every day.

“There were a few times where you go, hold on, you got to do this for five more minutes, and from there you keep building, said Skelton.

“I used some of those keys that I try to teach and preach, both at school and in the dressing room.”

According to Skelton, spending time talking with MindRight for Athletes Society founder Myles Matilla was one of the highlights of the ride, but the biggest highlight was being able to experience it with his family.

“Seeing my kids excited for me, excited for the cause and opening them up to the world of mental health – allowing them to talk about it, I think that was probably the highlight overall,” said Skelton.