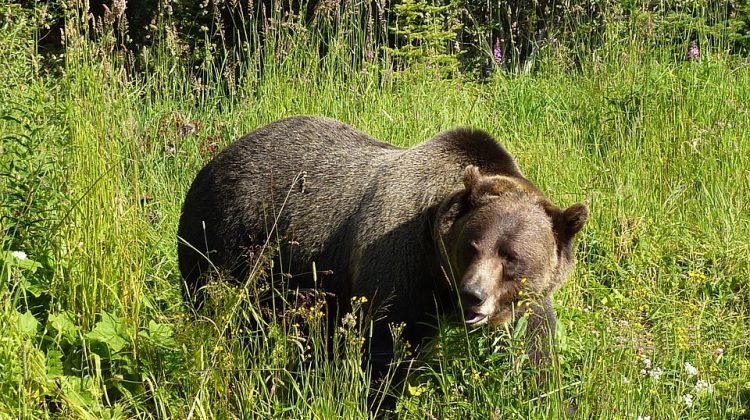 WildSafeBC has confirmed a number of reports of sheds and chicken coops being raided by bears in rural areas around Cranbrook.

Dannica Roussy, WildSafe BC Community Coordinator for Cranbrook and Kimberley said four encounters have been reported from people who own livestock.

“Grizzly bears love chickens. They are very strong and they can get through quite a bit of barriers, like fencing, and they can rip apart sheds if they want to,” she explained.

A report was called into the Conservation Officer Service RAPP line over the weekend, and another was called in early Tuesday morning from the Hidden Valley area.

“It happened at 3:30 a.m. Tuesday morning and it got two of his chickens, then moved onto the neighbours as well,” said Roussy. “There was another report just past Wycliffe Regional Park of a bear getting into livestock and livestock feed, not just the chickens. Livestock feed is very nutritious, it has a lot of caloric value.”

Roussy added that there has not been another report from Hidden Valley just yet, but advises residents in the area to be careful.

The exact species of bear in the Hidden Valley area has not been confirmed just yet, but there have been four encounters confirmed there between July 6th to 13th. The encounter in Wycliffe has been confirmed to be with a grizzly bear.

Bears have gotten into three different sheds and through at least one fence to get to livestock and their food.

“In one event, in particular, the bear took nine chickens. In total there are about 21 chickens that have gone missing,” said Roussy.

Some residents looking to protect their livestock have considered electric fencing to prevent further bear raids.

“Electric fencing is a safe and effective way to protect not only livestock but fruit trees and gardens as well,” said Roussy. “A lot of people have a stigma against electric fencing because they think it’ll injure the animals or potentially people, but it’s just more of a zap warning animals not to go there.”

Encounters with bears or other wild animals can be reported to the Conservation Officer Service RAPP line at 1-877-952-7277.