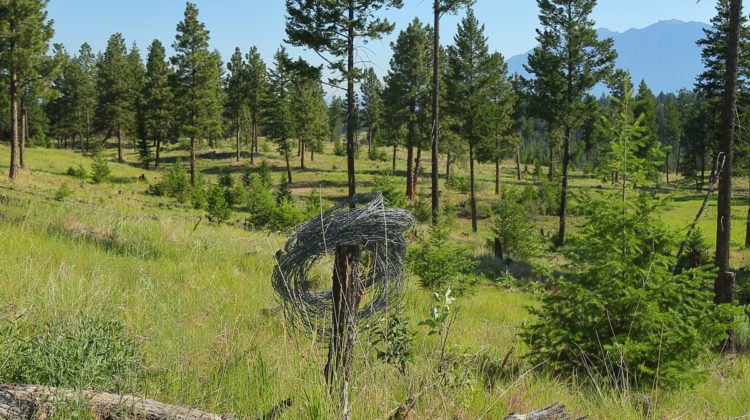 Although people moving cautiously in daylight through terrain with derelict barbwire strewn about can usually avoid it, creatures which have either been spooked into quick action or are moving in lowlight conditions risk being lacerated by the barbs; swiftly moving people are susceptible to the same fate – overland bicyclists & orienteering cross-country racers.

Horses are ever susceptible to panic when they encounter unexpected threats.

So thanks to these determined enviro-volunteers, there is now an area of our community forest that is as benignly open to easy traversing as it appears, devoid of any hidden artificial hazards lurking within.

Derelict barbwire fencing is simplistically emblematic of the threat we humans pose to the natural world as we become ever more sophisticated.  Once upon a time, when old log fences fell into disuse & disrepair, like dead trees – they crumpled and decayed into the earth quite naturally; but when barbwire fences fall into disuse & disrepair, they remain a threatening presence on the landscape forever unless proactive measures are undertaken to remove them.

The Rockies are visible through the trees (right).  DH photo