Vehicle incident reduces Highway 3 to a single lane near Fernie 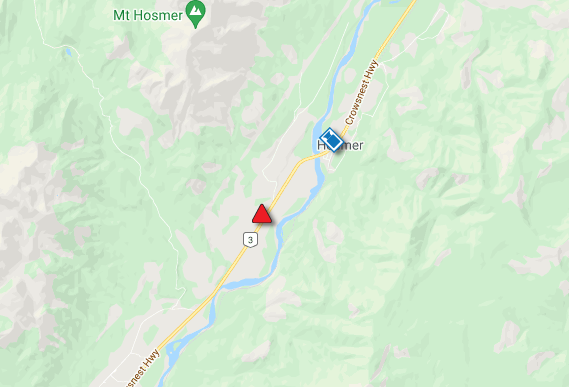 (Supplied by Drive BC)

Highway 3 east of Fernie is open to traffic after it was closed on Friday.

Traffic is flowing once again, but vehicle recovery operations are continuing.

A vehicle incident along Highway 3, about six kilometres east of Fernie, has reduced the road to a single lane.

While the road is partially open to traffic, drivers through the area can expect some minor delays.

There have not been any official reports of injuries, but STARS Air Ambulance from Calgary has been dispatched to the area.

According to Drive BC, the accident happened at Caldwell Road early Friday morning.

It was initially reported on Drive BC as a full road closure just before 6 a.m.

STAR-1 (Calgary) has been dispatched for a scene call emergency in the Hosmer, BC area.