Starting at noon on Friday, Category 2 and Category 3 open burns will be banned throughout the Southeast Fire Centre’s jurisdiction.

Category 2 and Category 3 open fires include the following:

That said, campfires less than half a meter in any direction and cooking stoves that use gas, propane, or briquettes are not banned for the time being.

Officials with the BC Wildfire Service said the prohibition is meant to prevent any wildfires and protect public safety. 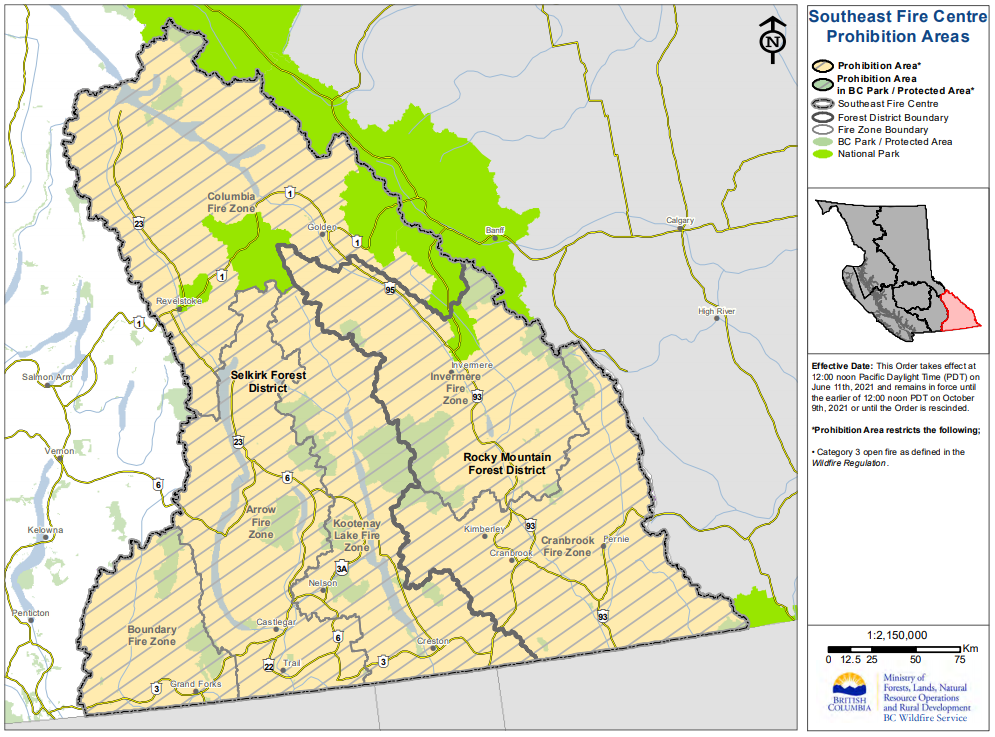