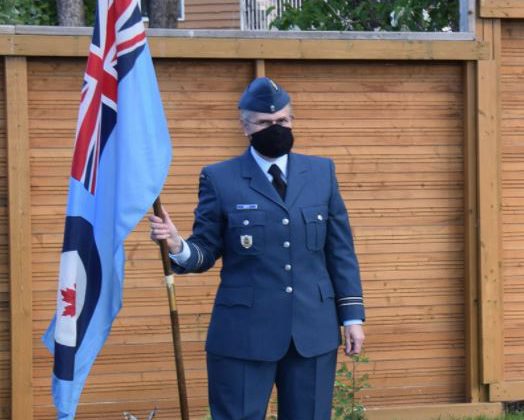 Cranbrook’s 552 Royal Canadian Air Cadet Squadron held their annual ceremonial review Tuesday night ( June 15th). Before the review was complete, Lori – Lee Bott was confirmed as coming back as the Squadron’s Commanding Officer. One of the highlights of the year was having Robert Brent “Bob” Thirsk on a zoom session. Thirsk is a Canadian engineer and physician, and a former Canadian Space Agency astronaut. He holds the Canadian records for the most time spent in space. He became an officer of the Order of Canada in 2013 and was named to the Order of British Columbia in 2012. Here’s a short segment from his session answering questions presented by our local cadets.