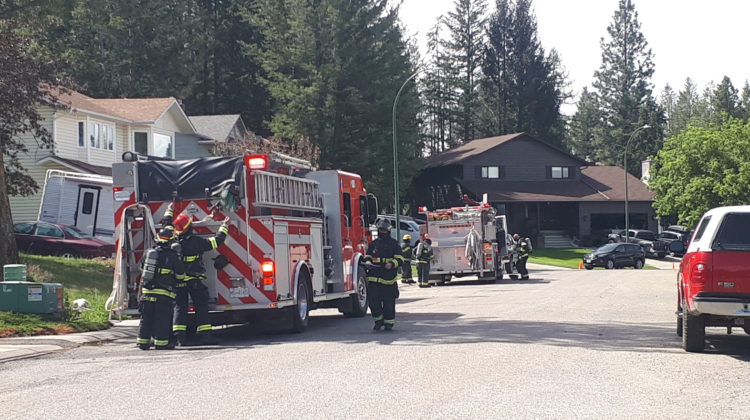 Firefighting vehicles were moving around Cranbrook on Sunday, as three regional fire departments took part in the pre-wildfire season training.

Cranbrook Fire and Emergency Services were joined by firefighters from Golden and Invermere alongside the Region District of East Kootenay’s Protective Services from the Columbia Valley and South Country.

The one-day training focused on preparing urban firefighters in the event a wildfire gets close to their community. The exercise was designed to improve the team working abilities of crews from different agencies during large wildfires.

“This type of interagency training is invaluable in advance of the summer season, helping all of the players learn how to safely and effectively work together during these large events that affect entire communities,” said Chief Scott Driver, of Cranbrook Fire & Emergency Services. “The support from BC Wildfire and the Fire Commissioners Office to deliver this across the entire Province is greatly appreciated, as is that of the instructors who have been working across the whole Province since early spring.”

City officials thank property owners in the Park Royal area and the 12th Avenue South neighbourhood for their cooperation and patience during the exercises.