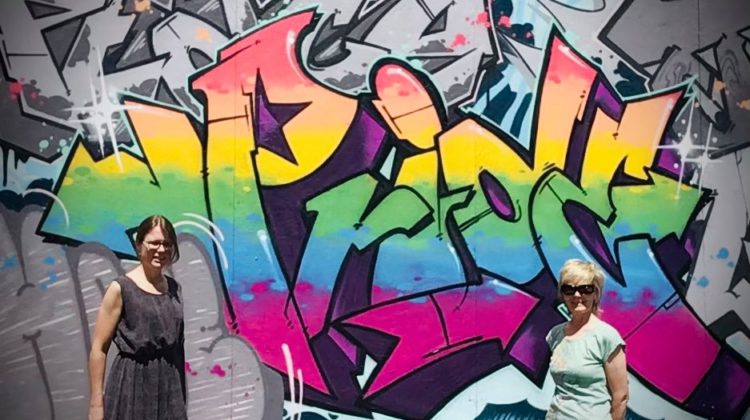 Christine Besold, the administrator at Kimberley Arts at Centre 64 said the show has been running for the past six years and since the exhibition happens in June, it made sense to dedicate the event for Pride Month.

Besold said the main art piece will be a graffiti mural, called the Pride Wall, installed outside the Centre 64 building that residents can take pictures in front of.

“We would like people to use it as a public photo booth,” said Besold “We also would like to see the images people take out there. They can actually share them on social media and tag Kimberley Arts Council in it.”

According to Besold, the art piece was created by local graffiti artist Jamie Cross.

The show runs from 1 p.m. to 5 p.m. every Tuesday through Saturday until July 3rd.

The art show wasn’t the only way Kimberley celebrated Pride this month, a rainbow crosswalk was also installed at the intersection of Wallinger Avenue and Spokane St.

Don McCormick, Kimberley’s Mayor said they were happy to implement the crosswalk after the suggestion was raised by a city councillor.

“At the end of the day, there are few things that, at the municipality, we can do in support of groups in the community and this was one opportunity to make something happen and we’re pleased we were able to do that,” said McCormick. “Changes are a very difficult thing to do for local government and we’re doing the best we can.”

McCormick said the decision represents the best interest of the City of Kimberley.

The crosswalk was completed on May 27th, just ahead of Pride Month.

Kimberley City Council approved the decision unanimously back in April. 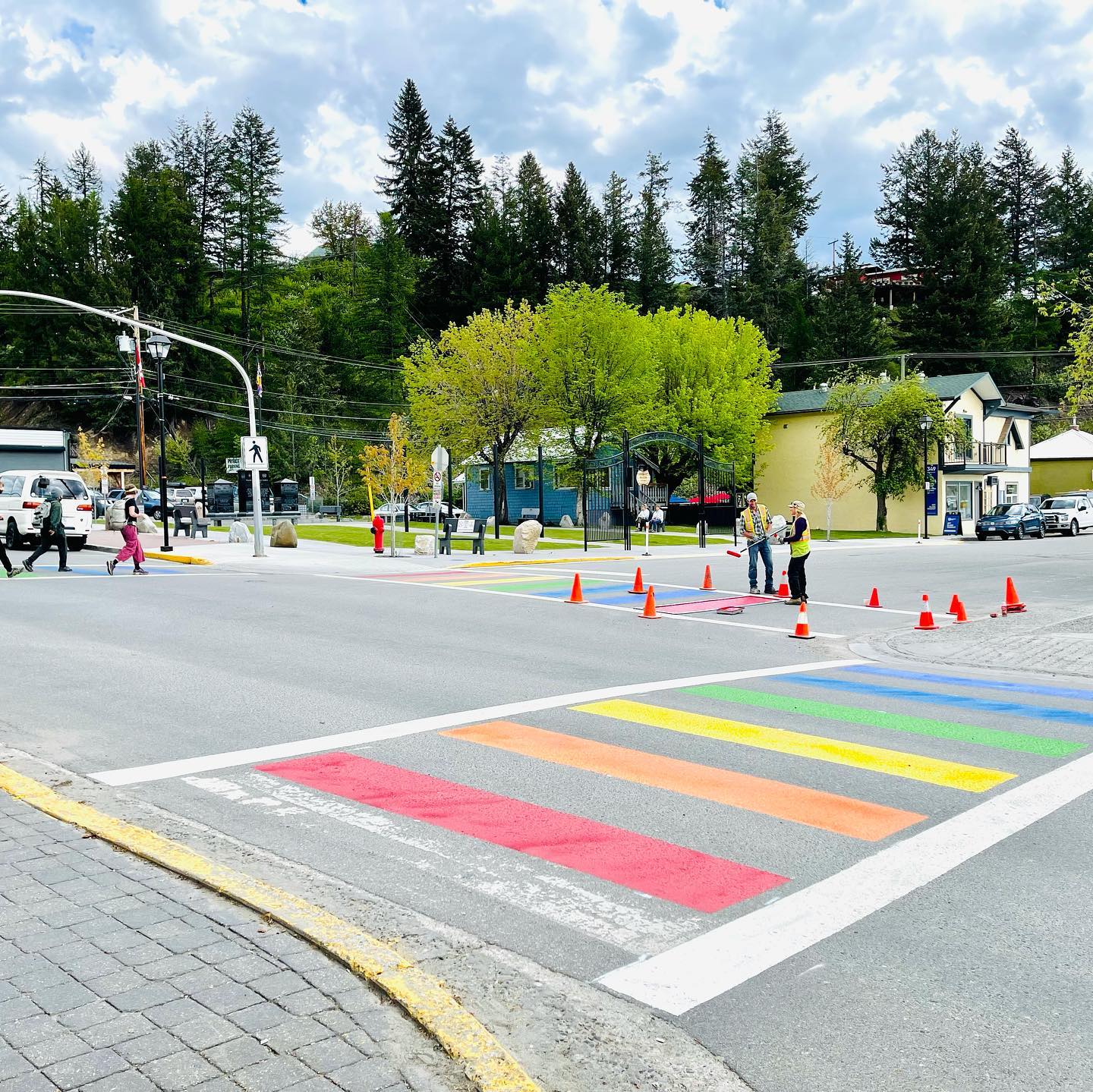 Kimberley’s Pride Walk, completed on May 27th. (Supplied by the City of Kimberley)