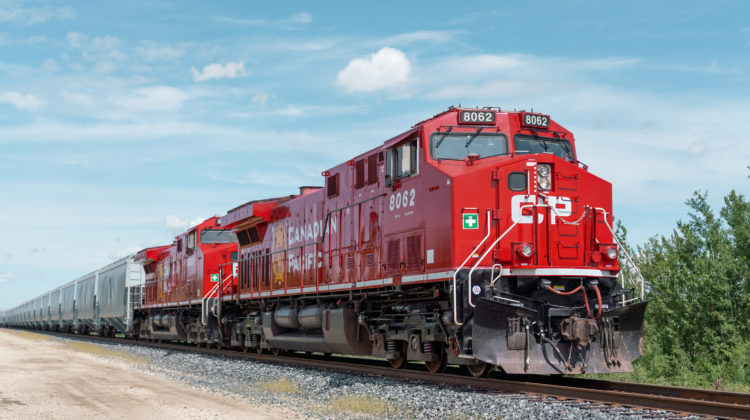 Work on a feasibility study will determine the potential scope and location of a new railway overpass at or near 1335 Theatre Road.

Public Works requested up to $35,000 from the Industrial Lands Reserve to determine the potential of an overpass, so sufficient land can be put aside for future projects.

“Although there is funding involved with this, this is a relatively small amount of funding. We’re not doing any detailed design. The design and engineering of a project this size would be in the hundreds of thousands of dollars,” said Mike Matejka, Manager of Infrastructure Planning & Delivery Division. “We’re not trying to do anything more than we would need to to purely understand the footprint.”

According to Matejka, the study is solely to reserve potential land for the railway, so it’s there if needed.

“Right now we don’t have a specific plan for that proposed project,” said Matejka. “The biggest issue is the timing and the window of being able to make sure we have the physical amount of land set aside, such that, if the overpass is deemed to be the best solution in the long term, we can still make it feasible.”

Matejka said an overpass would help reduce congestion and provide reliable access to the west side of the railway for emergency vehicles.

According to Matejka, back in 2013, a review of the land was done and it was determined that 1335 Theatre Road was the only realistic option for a railway overpass.

The funding for the study was approved unanimously during the last City Council meeting on May 31st. 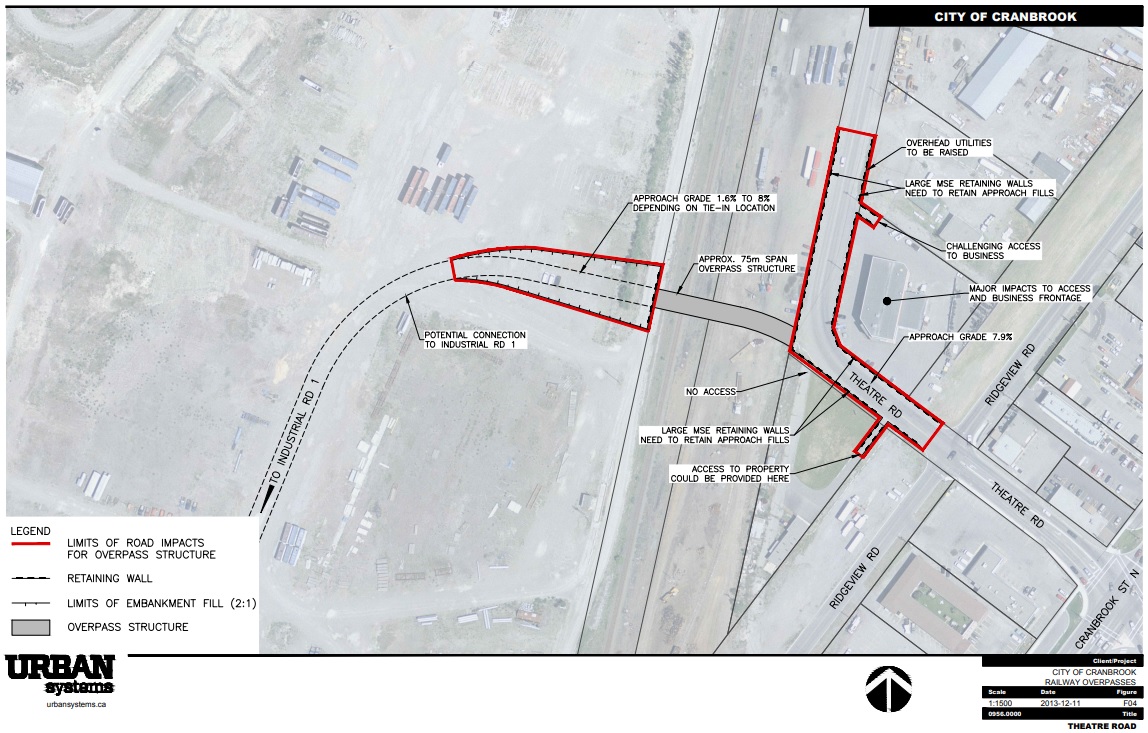 Map of the potential plans for a railway overpass at Theatre Road in Cranbrook.
(Supplied by Urban Systems and City of Cranbrook)