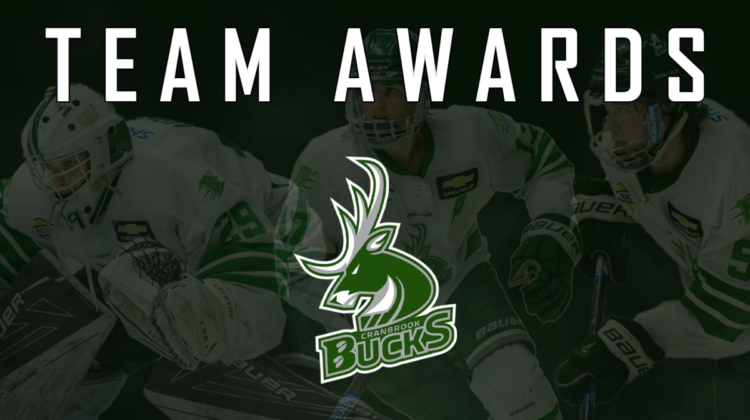 Closing out their first season in the BCHL, the Cranbrook Bucks have distributed their team awards. Nine Bucks players earned an award in the team’s inaugural season.

The team’s Community Service Award was given to rookie Noah Leibl (5G, 1A, 6P). The team said he set the standard for what they expect of their players within the community.

“Over the course of this challenging year, Noah was always willing to lend his time and energy towards valuable causes as best that he could,” said the Cranbrook Bucks. “He was a regular contributor to our afternoon skill sessions and arrived in Cranbrook ahead of training camp in order to help with our inaugural Hockey School. 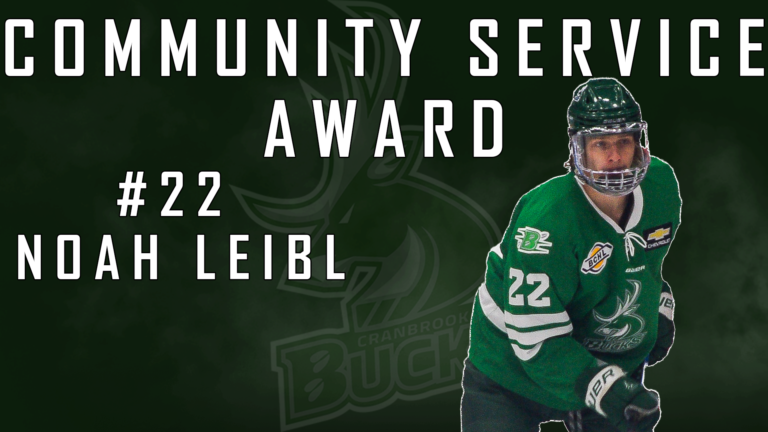 Academically, the Scholastic Player of the Year went to Jarrod Smith (2A, 2P).

“Jarrod was exceptional in balancing his academic workload in addition to the requirements of being a BCHL player, day in and day out. Jarrod remained committed to his academics throughout an extremely challenging year both on the ice and in the virtual classroom.” 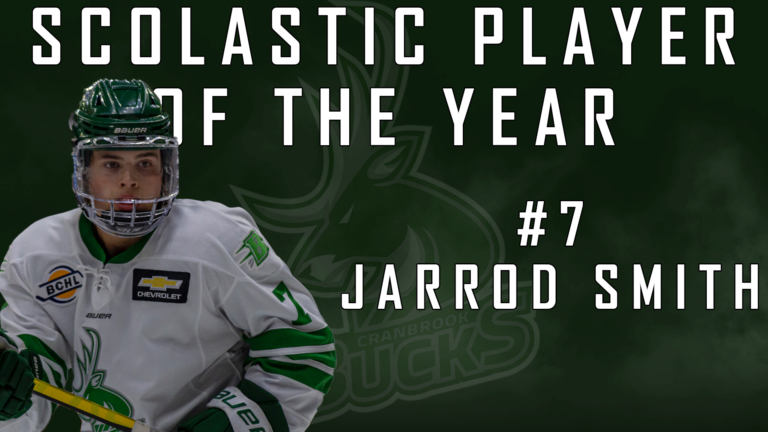 The Coaches Award was given to Cam Kungle (3G, 3P). The rookie defenseman was recognized by the team due to the example he set for others on the team.

“Over the course of the winter, Cam never wavered in his commitment to his teammates, his individual development, and our team,” said the Bucks. “Cam was able to do this with humility, excellence, respect, and discipline while earning a significant role both on and off the ice within our program.” 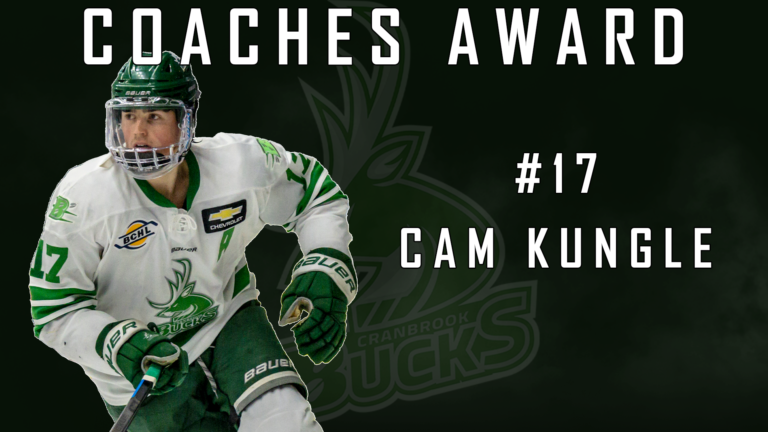 Moving on to the more performance-based awards, the team’s Top Scorer Award was divided equally. AJ Vasko (5G, 4A, 9P), Zeth Kindrachuk (3G, 6A, 9P), and Walker Gelbard (2G, 7A, 9P) all split the honour. The three rookies finished with nine points apiece.

“AJ, Zeth, and Walker were regular contributors to our offensive output over the course of the regular season,” said the franchise. “All three were able to do so in their own way, but each of them started with a base of hard work and an unwavering commitment to their game and development.” 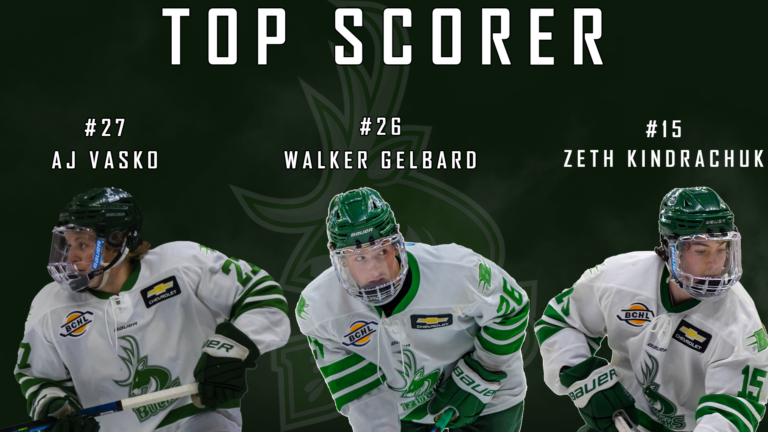 “While it goes without saying that our expansion team would have an abundance of first-year players, Nathan stood out above the rest for his resilience, dedication, and growth over the course of the winter and our Pod Season in Penticton,” said the Cranbrook Bucks.

“Nathan was the backbone of our team in a lot of games, and certainly does not normally receive the recognition that he deserves for the performances that he had during his rookie season. Nathan showed character, class, and determination all year long.” 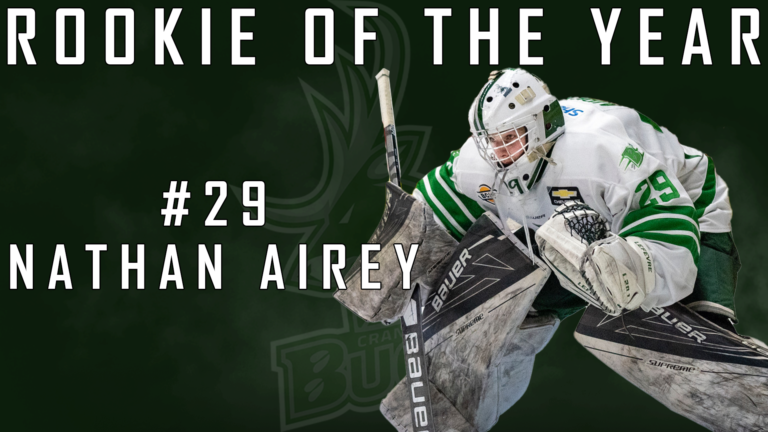 Rookie of the Year, Nathan Airey. (Supplied by Cranbrook Bucks)

Defensive Player of the Year was awarded to Rhys Bentham (2G, 4A, 6P). One of the team’s core defenseman, the rookie garnered plenty of time on the special teams.

“Rhys proved himself to be an outstanding defensive player,” said the team. “Despite often matching up with our opponents’ top players and playing a significant role in our Penalty Kill, Rhys never wavered in his willingness to do everything required of him and more on both sides of the puck.” 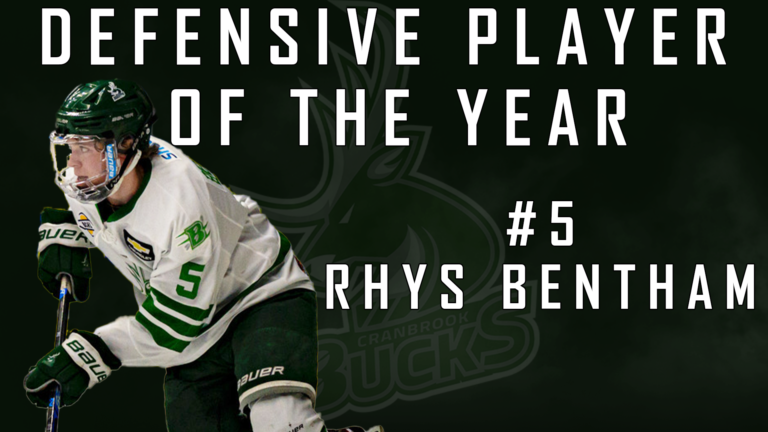 Lastly, the team’s first-ever Most Valuable Player awarded was given to veteran defensemen Drake Burgin (2G, 3A, 5P). The 20-year-old skated in all 20 games for the Bucks. The St. Lawrence University commit proved to be an integral part of the team, bringing his previous experience at the Junior A level.

“Drake is a worthy recipient of our inaugural MVP award as he quickly established himself as an exceptional player in the BCHL after making the transition to our team from the MJHL,” said the Bucks. “Drake brought a level of experience and ability to our group that we greatly benefitted from.”

“He proved to be a reliable defensemen in all areas of the game, offensively and defensively as well as all areas of our special teams. This made it an obvious choice to recognize Drake with our first MVP award in our organization’s history.” 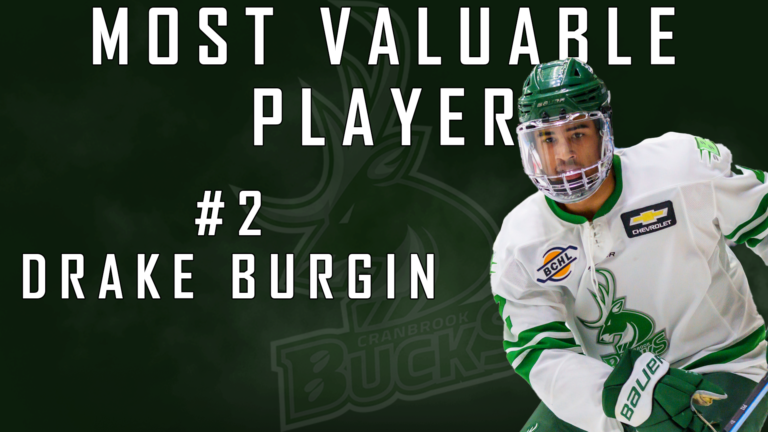 Drake Burgin was named the first MVP of the Cranbrook Bucks, proving himself to be the team’s Most Valuable Player over their inaugural BCHL season. (Supplied by Cranbrook Bucks)

While the Bucks recognized nine players in their inaugural team awards, the BCHL is set to announce its awards for the Penticton Pod later this week.

The Cranbrook Bucks finished last in the Penticton Pod in their first BCHL season, concluding the year 3-16-0-1.