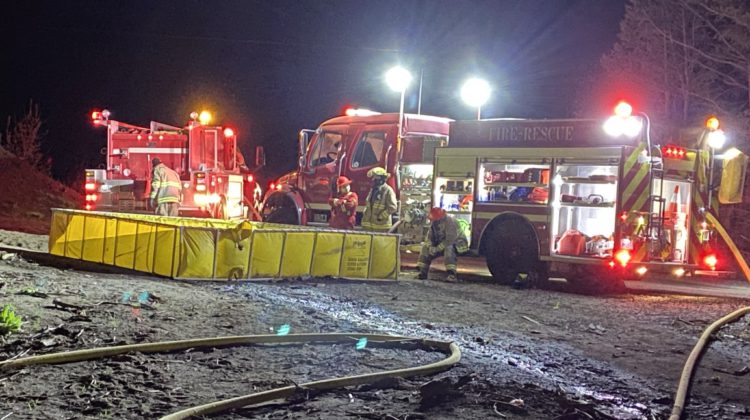 Elko and Baynes Lake firefighters from the South Country Rural Fire and Rescue Services responding to a gravel pit fire in Elko's industrial area Tuesday evening, May 18, 2021. (Supplied by RDEK)

Firefighters from Elko and Baynes Lake were able to extinguish the fire overnight on Tuesday.

There were no reported injuries.

Five fire apparatus and 10 firefighters responded around 8:30 p.m. to the blaze, remaining on scene until 2:30 a.m. to ensure there weren’t any other flare-ups or hot spots.

“The fire was contained to the Ministry of Transportation and Infrastructure’s gravel pit; however, had the potential to be much more serious as the area it broke out in borders on Canfor’s mill yard, which contains a much larger fuel source,” explained Michael Hockley, Deputy Chief of Elk Valley and South Country Rural Fire and Rescue Services. “Our firefighters did a great job of getting it under control and keeping it confined to the gravel pit. We also had tremendous cooperation from Canfor and Mainroads Contracting, and we would like to thank them for their efforts.”

At this time, investigators believe the flames re-ignited from a pile, which was previously burned over the winter months.

“Over the past few weeks, our crews have responded to several calls and we want to once again acknowledge them for their outstanding efforts last night,” added Hockley. “These men and women are paid-on-call volunteers and the service they provide in keeping our communities safe and supporting our residents is invaluable.” 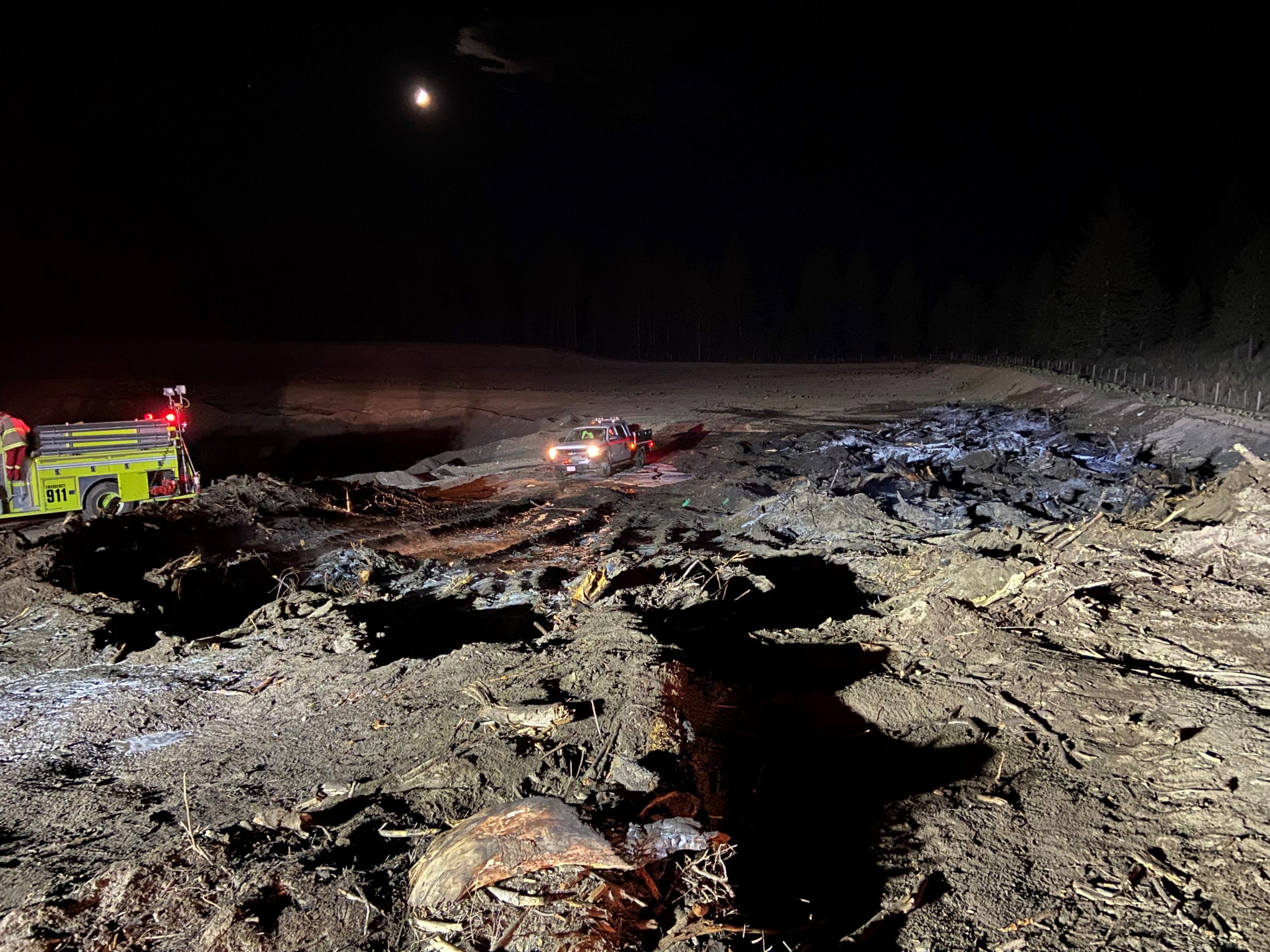 The site of the gravel pit fire in Elko’s industrial lands Tuesday, May 18, 2021. (Supplied by RDEK)