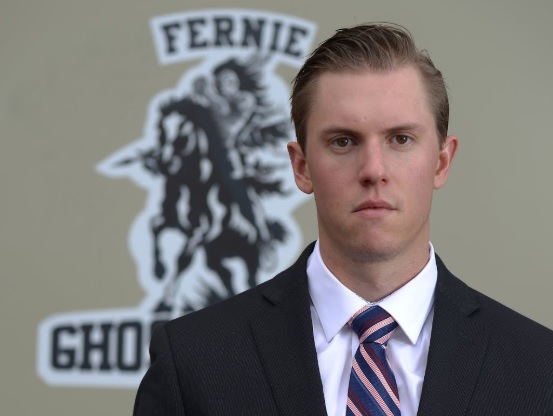 The Fernie Ghostriders will need to look for a new Head Coach and General Manager as Jeff Wagner is moving on from the KIJHL (Kootenay International Junior Hockey League) and up to the BCHL (BC Hockey League). Wagner is set to become the Director of Scouting and Associate Coach with the BCHL’s Coquitlam Express.

“On behalf of the Fernie Ghostriders, I would like to thank Jeff and his fiancé Stephanie for the time they have been in Fernie and we wish them nothing but the best,” said Bard Anderson, President of the Fernie Ghostriders. “We are extremely proud of what Jeff has done for our team, moving forward with the program we had envisioned. We are even more proud that Jeff now has developed his skills to move to the BCHL with the Coquitlam Express.”

In 2019/20, Wagner helped lead the Ghostriders to the third-best record in the KIJHL at 33-2-11-3 record. Fernie would fall in the opening round of the playoffs before they would be cancelled by the COVID-19 pandemic. Attempting to start up again in the fall, the Ghostriders were 2-0-1-0 under Wanger prior to the shutdown of the regular season.

Under his tutelage, the Ghostriders didn’t miss the KIJHL playoffs and were 61-6-27-7, with a 65.5% winning percentage.

“I’d like to thank Barb Anderson and the Ghostriders Board for the opportunity to coach in Fernie for the past three seasons,” said Wagner. “My fiance and I fell in love with the town and the organization, and the support we received throughout our time will always be a highlight for us.”

Now with several accolades at the Junior B level, Wagner will join the Express in the BCHL for the upcoming season and help Coquitlam equip their roster with a new group of prospects for 2021/22.

“I look forward to the next chapter in my coaching career, but would not have this opportunity without the Ghostriders,” added Wagner. “I’d also like to thank the volunteers, our coaching staff and our players for their dedication. This is a first class organization and I am proud to have been a part of it.”

Following Wagner’s departure from the team, the Ghostriders are actively looking to fill their vacant Head Coach and General Manager position. The job posting from the team can be found below.