Skookumchuck Pulp subject to over $110,000 in penalties for non-compliance 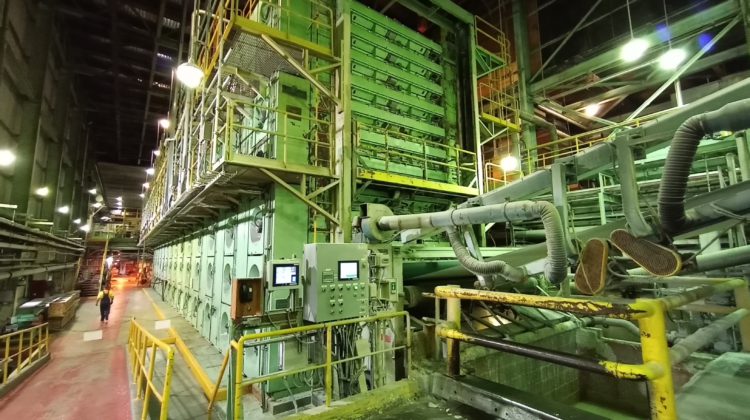 The interior of the Skookumchuk Pulp mill. (Supplied by Paper Excellence)

Three fines were levied against the Skookumchuck pulp mill for non-compliance events stemming between 2017 to 2020.

The B.C. Ministry of Energy and Climate Change Strategy (ECCS) distributed the three different administrative monetary penalties (AMPs) in January and in April.

Owned by Paper Excellence, Skookumchuck Pulp was found to have exceeded permitted discharge limits of its treated wastewater between December 2018 and February 2020. The first AMP was for $52,000 and issued by ECCS in January 2021.

“The mill operates a wastewater treatment plant which treats effluent so it is non-toxic when discharged to the Kootenay River,” Skookumchuck Pulp said in a two-page written statement to MyEastKootenayNow.com. “These exceedances occurred during a period in which the mill was experiencing upset conditions, which forced shutdown on several occasions during the cold winter months. During start-up, issues relating to the cold air temperature impacted the ability of the wastewater treatment system to effectively remove contaminant from the effluent before being discharged into the Kootenay River.”

According to Skookumchuck Pulp, the mill remains in 99% compliance with its permitted effluent discharge requirements. The AMP was given after nine days of exceeded non-filterable residue limits. The mill said the biochemical oxygen demand limits were also exceeded for one day.

“The mill reported these exceedances to the province, as required under its permit,” said Skookumchuck Pulp, who noted their team closely examined the mill processes to determine the cause of the exceeded discharge limits. “Several outside laboratories and consultants specializing in biological treatment systems have been consulted to help improve the treatment plant’s performance and avoid future events.”

Since the AMP was issued, Skookumchuck Pulp said they have taken the following measures, which have now led to full compliance and no further issues with effluent discharge.

Another AMP was given to Skookumchuck Pulp on April 20, 2021, for $40,000. The fine was for failing to maintain a leak detection system at its landfill.

Skookumchuck Pulp said their landfill is fully engineered to contain lime wastes and ash from burning bark, requiring the leak detection system upon construction. The company said they have since added additional groundwater monitoring wells around the landfill, which are sampled and tested on a prescribed schedule with results reported to the ECCS.

“The mill has gone back to its external consultants and leading experts on landfill design and confirmed that the current design and operation of the landfill meets or exceeds industry standards,” said Skookumchuck Pulp. “The mill will now seek the permit amendment first discussed in 2015 to update its permit to reflect the status of its current landfill operations which meets industry standards.”

The third and final AMP issued to the company was for $18,800 for non-compliance in its bleach plant stack from November 2017 and January 2020. The company exceeded opacity and chlorine dioxide residual concentrations in the stack.

“The mill is in compliance 99.99% of the time,” said Skookumchuck Pulp in its statement. “Each incidence of exceeding power boiler opacity is only three minutes long. Since January 2020, we have exceeded the permit for 156 minutes.”

“The mill monitors all air emissions sources either continuously or with one-off tests every month or quarter as mandated by government. These sources include the mill’s boilers, lime kiln, and pulping and bleaching systems.”

Since the AMP was given, Skookumchuck Pulp said they were able to investigate and examine the root cause of the dioxide
discharge, which ended up being equipment-related.

Skookumchuck Pulp said they have since made the following changes:

The three AMPs have led to opposition and questions from local residents, including Margie Jamieson, who is also a Wildsight Board Member.

“It concerns me that the fine was just levied nearly three years after the incident and that the pulp mill continues to pollute the Kootenay River,” claimed Jamieson. “Kootenay residents use the river for recreation and for fishing – this issue deserves to come to light in the public realm.”

Jamieson said the discharges are harming trout populations in the river. The Wildsight Board Member said laboratory testing showed more than 70% of the trout exposed to the effluent from the pulp mill died, which happened four times in 2018 and 2019.

As for Skookumchuck Pulp, they said their performance has not changed significantly, other than the investigation and adjustments made following the AMPs.

“All the AMPs the mill has received in its 53-year history have occurred in the last two years. The BC Ministry of Environment has begun using this tool more frequently with all industrial operators in the province.”