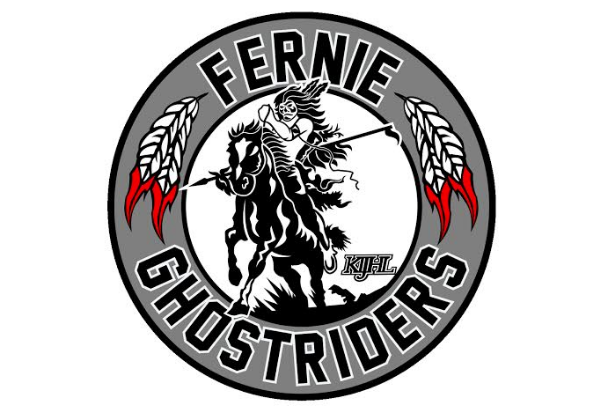 A new season in the Kootenay International Junior Hockey League (KIJHL) is just around the corner, as the Fernie Ghostriders are looking to take it one step further this year.

Getting swept 4-0 in last season’s Eddie Mountain Division Final to the Kimberley Dynamiters, the Ghostriders are looking to reload, rebound and move past last year’s failings to reach the Kootenay Conference Final and beyond.

To do so, Fernie will need to see major contributions from its rookies. With only eight veteran players, the Ghostriders will 13 rookies on their active roster coming opening night on Friday.

Jeff Wagner, Head Coach and General Manager of the Fernie Ghostriders told MyEastKootenayNow.com that their returning players will be key to their success this season.

“Jordon Kromm led our team in scoring last year, Greg Susinksi won our defenceman of the year, so those two guys are definitely going to bring a factor,” said Wagner. “Dylan Defosse was a player who wore a letter for us last year so he’s returned as a 20-year-old, Derek Green has shown his experience, he’s a four-year guy, so that core group of 20-year-olds is back.”

Wagner said some of the younger players will also make an impact, looking to 17-year-old rookie Seamus Keith and 18-year-old Ethan Fitzgerald. Keith most recently played Midget AAA with the Calgary Flames, collecting 13 points (9G, 4A) in 21 games while Fitzgerald will be the Ghostriders first option between the pipes, spending time with the WHL’s Moose Jaw Warriors last season.

The Ghostriders played four exhibition games, going an even 2-and-2, earning 5-3 wins over the Creston Valley Thunder Cats and Princeton Posse while also losing 7-4 to the Golden Rockets and 4-3 to the Thunder Cats.

“The preseason itself was a pretty good experience for our group,” Wagner told MyEastKootenayNow.com. “We’re going to be a younger group this year so just getting your feet wet at the Junior B level and understanding the pace of play is always important, I thought that throughout the two weeks there, it was a huge learning curve for a couple of guys and I liked how we responded. From game one to game four of our exhibition season, we were very happy with the process.”

Still remembering last season’s four-game sweep at the hands of the Kimberley Dynamiters, Wagner believes there are a few key ingredients to how the team can overcome last year’s result and make a push forward for the future.

“Putting in an honest days work every day, paying attention to details making sure that we’re hard to play against in all three zones, we want to make sure that we’re playing with a ton of speed. We want to push the pace, we don’t want to be on our heels ever so making sure that we’re doing those things. Having puck possession as much as we can but understanding when to dump and chase and have a fine balance,” said Wagner. “Those are things that we’re kind of adjusting for this year and hoping for a better outcome by the end of this.”

Fernie opens the KIJHL Regular Season on the road, taking on one of the Neil Murdoch Division’s perennial teams. The Nelson Leafs always seems to be in the mix, winning their division the last two years, and three of the previous six seasons.

Wagner and the Ghostriders now the task ahead of them, as they look to open the year on the right foot.

“Nelson’s always a tough team to beat. Facing any team this early on in the season, the scouting report is kind of vague and so for us, it’s a matter of knowing what our gameplan is going into game one of the season and making any in-game adjustments that we need to once we kind of test the waters in that first five, ten minutes of the game and see what we need to do against Nelson to be successful.”

The Fernie Ghostriders and Nelson Leafs clash at 7:00 pm PST on Friday at the Nelson Community Complex. The Ghostrider’s home opener at Fernie Memorial Arena is slated for 7:30 pm on Saturday, September 21st against the Creston Valley Thunder Cats.