Over 10.8-million COVID-19 vaccines given in Canada, first shipment of J&J vaccine coming next week 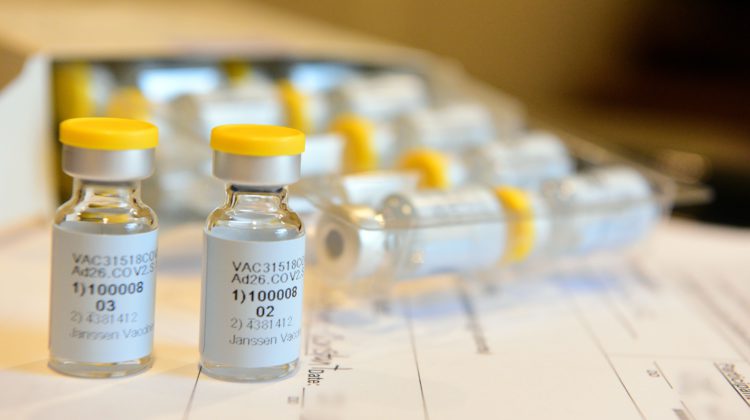 Dr. Njoo welcomed the news of provinces and territories showing innovation and flexibility in their efforts to roll out vaccines, including going into communities to reach identified priority groups and “hot spots”.

In terms of the rare blood-clotting event linked to the AstraZeneca vaccine, he confirmed that to date, there have been three reported cases in Canada, one in Quebec, one in Alberta and the most recent one in New Brunswick.

Dr. Njoo said that amounts to three cases of a very rare event following the administration of over 1.1-million doses of the AstraZeneca vaccine.

As of Thursday, Ottawa has distributed almost 14 million doses of all authorized COVID-19 vaccines to provinces and territories.

Canada’s head of vaccine logistics, Major General Dani Fortin said the country expects a million Pfizer-BioNTech doses next week, double that per week in May, and around 2.4-million doses per week the following month bringing the total expected doses from Pfizer to over 24-million by the end of June.

Because of Moderna’s ongoing challenges with ramping up production, Fortin said next week’s shipment from the US manufacturer will be cut by half, down from 1.2-million doses to 650,000.

The Major General did also share some heavily anticipated news about expected deliveries of the Johnson & Johnson vaccine.

Fortin confirmed that Canada will receive its first shipment of some 300,000 doses of the one-shot vaccine next week with deliveries to provinces expected to begin at the start of May. 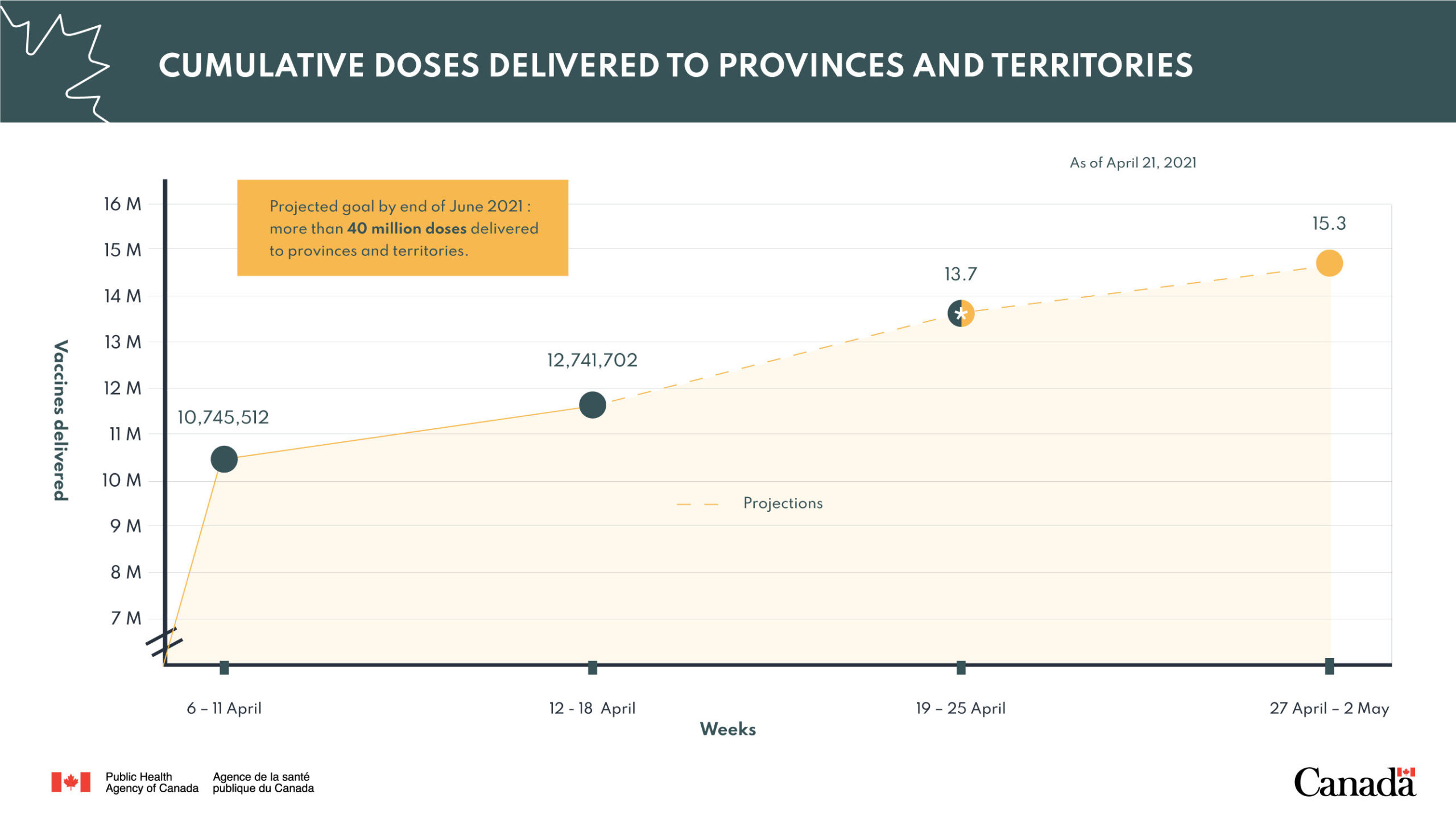 Federal Vaccine StatCurve for April 21st, 2021. (Supplied by the Government of Canada) 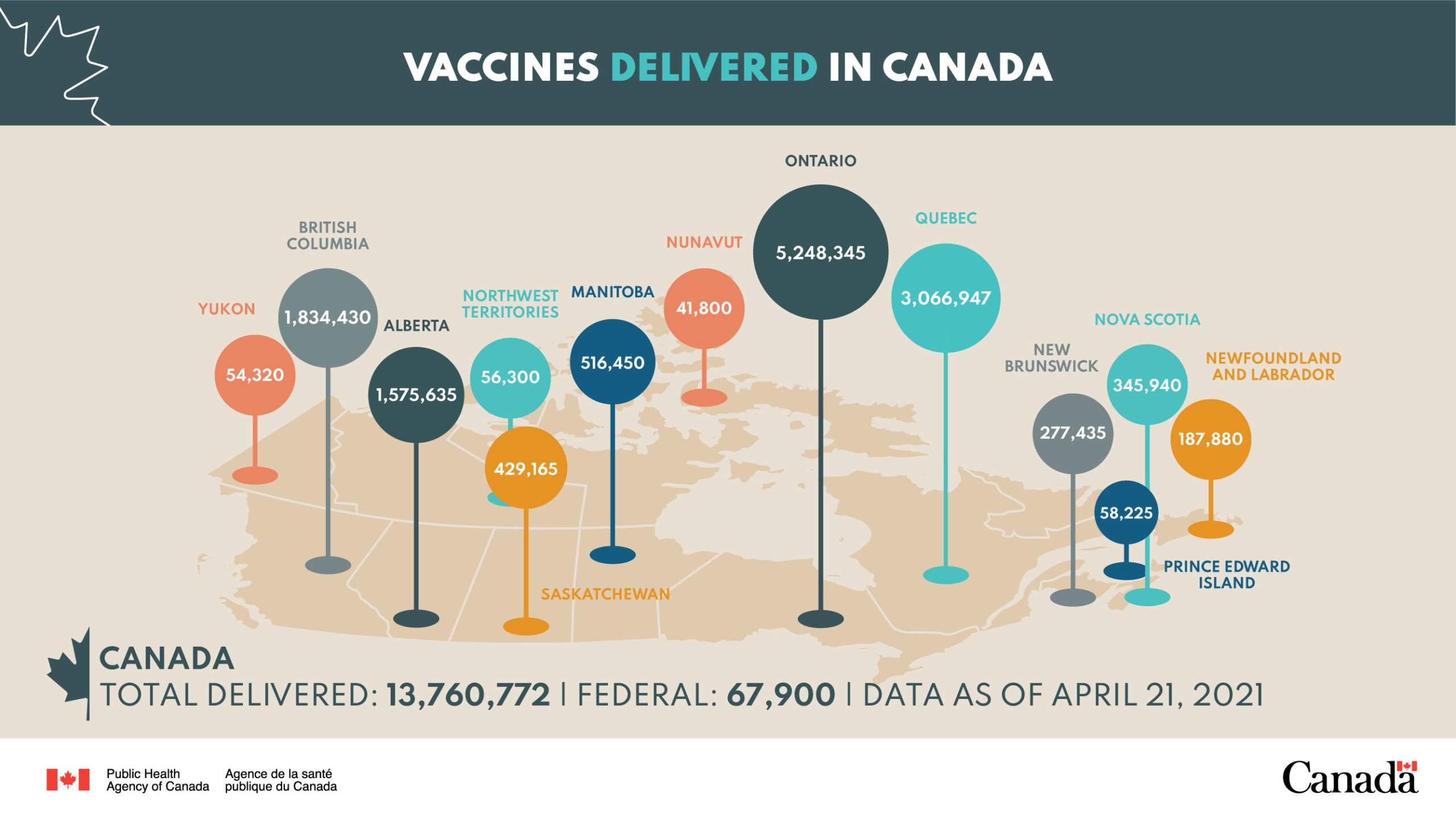