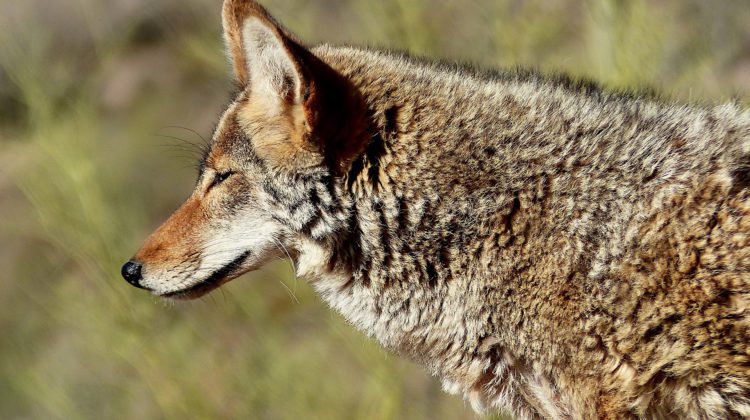 WildSafeBC is warning the public following multiple reports of coyotes attacking cats in Kimberley, specifically in the Rotary Drive area.

There have been three reported incidents over the past week including along Rails to Trails and in some people’s yards. None of the cats were seriously injured in the recent attacks, but some had scratches, leading to a couple of close calls.

“Human-coyote conflicts can occur when they predate on young or small livestock or attack people’s pets,” said Danica Roussy, WildSafeBC Community Coordinator for Kimberley and Cranbrook. “Free-ranging pets are at risk of coyote predation.”

Roussy told MyEastKootenayNow.com that coyotes are becoming very comfortable around humans, and have also been seen in the Kimberley Nature Park and up in Kimberley’s Townsite in the past.

With the recent reports, Roussy said it’s important that residents do their best to avoid attracting coyotes to their property. While human attacks from coyotes are extremely rare, Roussy said conflict can occur if the coyotes have received a food reward either through direct or indirect feeding.

Some helpful tips from WildSafeBC to avoid conflict with coyotes include:

While in the backcountry, Roussy said pet owners should also be mindful of potential predation.

“Coyotes actually send the runt out to play with the dogs and what they do is they get the dogs to chase them back up the ridge and what’s waiting on the other side of the ridge is the rest of the pack,” Roussy told MyEastKootenayNow.com. “That dog can become dinner, so you just need to be mindful of things like that when you’re out in the backcountry.”

“If you do encounter a coyote that is aggressive toward you, do not run because this is going to trigger an attack, potentially. Just back away slowly and speak to it in a loud, firm voice. If you have a walking stick, use that to protect yourself. If you absolutely have to, you can use your feet or even that stick to deliver a series of hard jabs to the coyote’s rib or stomach – you don’t want to do that, that’s a last resort.”

Any aggressive coyote encounters should be reported to the BC Conservation Officer Service at 1-877-952-7277.