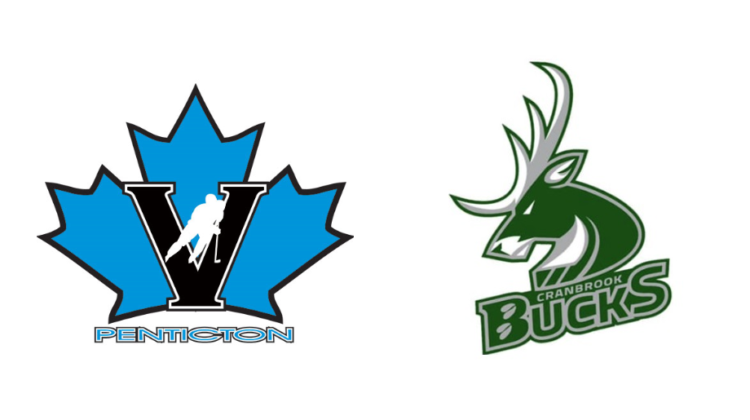 The Cranbrook Bucks are on a four-game losing streak in the BCHL following Monday’s 4-0 shutout loss to Penticton.

Outshot 26-16 in the contest, the Vees scored three of their four goals in the final period, including a late empty netter to seal the victory.

Nathan Airey got the call in net for the Bucks, making 22 stops in the loss. Despite the defeat, the Bucks managed to kill all four Vees power plays.

The Bucks will look to snap their losing streak on Thursday when they return to the ice at the South Okanagan Events Centre for a rematch with Penticton.

Here’s the highlights from the BCHL’s Monday games:

It’s time for BCHL Tonight! We saw a little bit of everything in the 4 games across the league, with West Kelowna, Prince George, Penticton, and Powell River all picking up big victories.#BCHLTonight | @ChevroletCanada pic.twitter.com/wOPisHIA2m