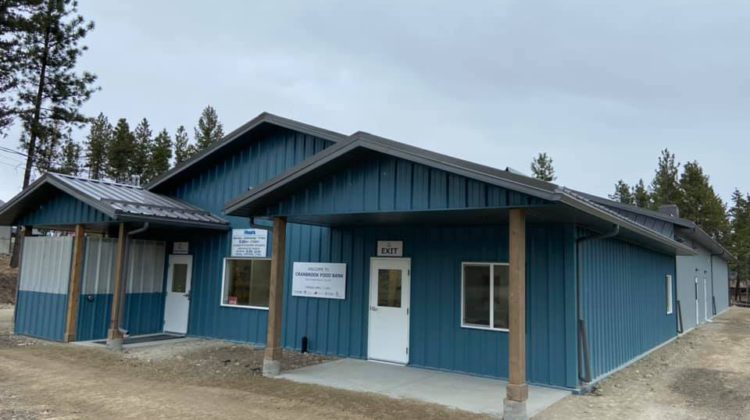 The Cranbrook Food Bank has opened the doors to its new location, which provides more space and an on-site warehouse for the organization.

“We had an amazing group of probably 50 volunteers over five days moving from the old location to the new one. Some were our volunteers, some were our clients and some were just people in the community that offered to help,” said Kemperman. “We had to set up our entire warehouse from our old one. We’re still doing that, it’ll take us another couple of weeks to finish that.”

The building, located at 1621 Industrial Road 2, is about 6,300 square feet, a majority of which is taken up by the warehouse.

“We did have the space in our old warehouse, but it was two kilometres away from the Food Bank. The manpower, hours, effort and scheduling of volunteers to go get the food has been crazy over the last couple of years. This will simplify things now that the food is right here in our building,” explained Kemperman.

The new building will also have space for Community Connect’s food recovery and farm kitchen program.

Kemperman said the Food Bank was trying to find a new location in the downtown area for over two years but ultimately decided to move into Cranbrook’s industrial park.

“After two and a half years, we realized there was very little that we could afford and we just couldn’t find anything. We had an added problem in that we needed a place that was big enough for delivery trucks to come in. It was much cheaper up here, and we have the space,” said Kemperman. “It was kind of a trade-off, since it’s harder for people that live downtown.”

That said, Kemperman added that most clients were driving or getting a ride to their old location already.

“A lot of the people that were walking, are people we could call homeless, or couch surfing. Many of them are in the homeless shelter, which right now is the Travelodge until the new shelter is built. We deliver to them, along with Street Angels and the Salvation Army.”

According to Kemperman, clients were able to pick up a hamper full of nutritious food one a month, but thanks to additional funding, people can pick up food once every two weeks.

“As an example, a single person would get a pretty well-rounded hamper. Basically, four of five grocery bags full of fruit, vegetables, fresh milk usually, if we run out, we give powdered milk. There’s usually yogurt and cheese and meat. All the food groups, basically,” explained Kemperman.

Kemperman said the delivery service is still available, on Monday, Wednesday and Friday. Clients are also encouraged to pick up food hampers on-site if they can.