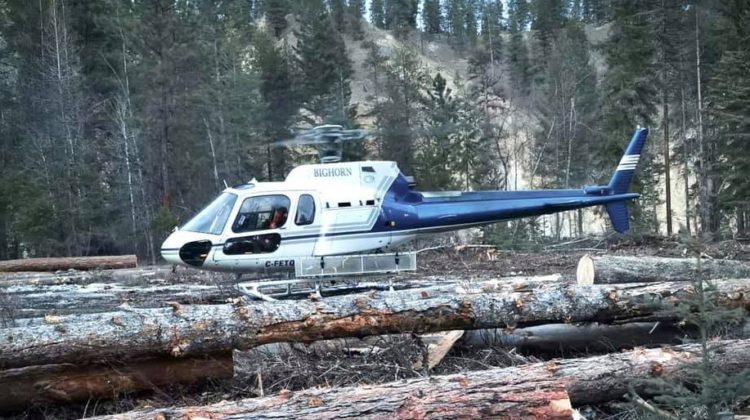 (Supplied by Cranbrook Search and Rescue)

Cranbrook Search and Rescue recovered a man who suffered a serious leg injury on Tuesday.

Cranbrook SAR said while the location was not far from Cranbrook itself, it was difficult to access.

The patient was stabilized by first responders at the scene, but getting him out proved to be challenging.

Cranbrook SAR said it was called out to assist the BC Ambulance Service and Cranbrook Fire and Emergency Services.

With the help of Bighorn Helicopters, crews in the air and on the ground were able to get to the location.

The aircraft was landed nearby and the injured man was brought onboard.

SAR said its crew was able to fly the patient to a safe area and transferred him to the awaiting BC Ambulance Service. He was then brought to the East Kootenay Regional Hospital.

Cranbrook SAR said the man’s safe extraction and transportation to a medical facility was thanks to a combined effort by all three agencies.