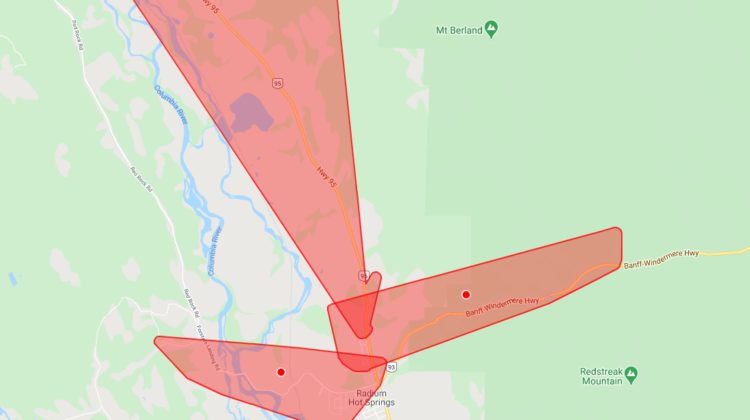 BC Hydro confirmed that power was successfully restored around 11:00 am on Thursday. All four outages were caused by a “transmission circuit failure” earlier in the morning, but have since been restored.

BC Hydro is reporting a “transmission circuit failure” which is responsible for four separate power outages in and around Radium Hot Springs as well as north on Highway 95. 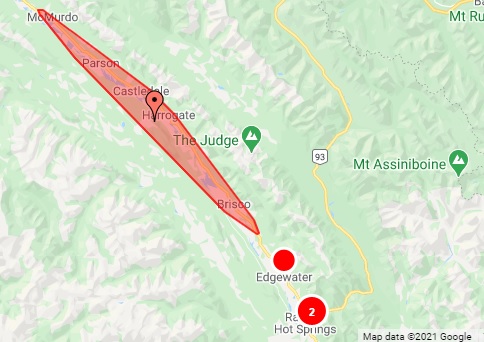 The other outage affecting Highway 95 in the Columbia Valley Thursday morning, February 25th, 2021. (Supplied by BC Hydro)

The majority of Radium Hot Springs is affected by the outage, as well as Edgewater, Brisco, Harrogate, Castledale, Parson, and McMurdo, and services immediately off of Highway 95.

BC Hydro said crews are currently on their way to the outage locations and are expected to arrive around 10:00 am MT.

According to BC Hydro, the power went out simultaneously around 8:47 am MT on Thursday.

The latest update from BC Hydro said power should be restored by 12:00 pm MT.