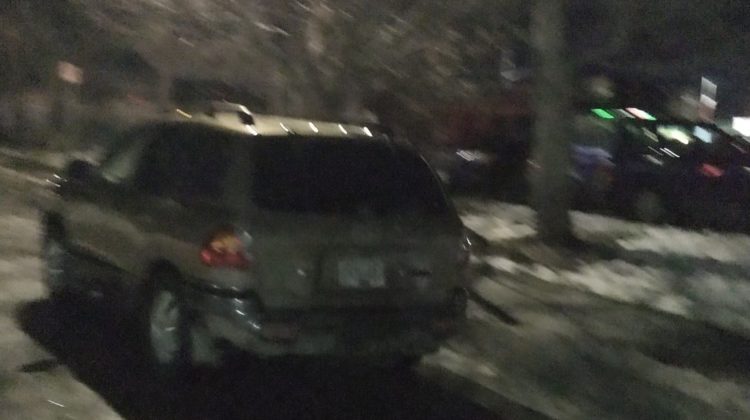 The older model Hyundai Santa Fe allegedly connected to an assault near Tamarack Centre back on January 13, 2021 in Cranbrook. (Supplied by Cranbrook RCMP)

According to Cranbrook RCMP, the alleged assault occurred near Canadian Tire around 7:00 pm back on January 13th.

At this time, RCMP is requesting the public’s assistance in identifying an individual connected to the incident.

“The caller advised he was on foot when he noted a vehicle travelling close by which nearly struck him,” said Cst. Katie Forgeron, Cranbrook RCMP. “He continued on his way but the vehicle returned.”

Forgeron said a passenger jumped out of the vehicle and “punched him in the head several times” before he was then pushed to the ground. Police said the caller injured his knee and attended East Kootenay Regional Hospital for further treatment and assessment of his injuries.

RCMP describe the suspect as a man in his mid-30s or early 40s, standing approximately 6’0″ tall with a heavy stature. The suspect vehicle is an older model Hyundai Santa Fe, grey or brown in colour.

“We are hoping someone recognizes the vehicle and the description of the suspect so we can move forward with our investigation,” said Forgeron.