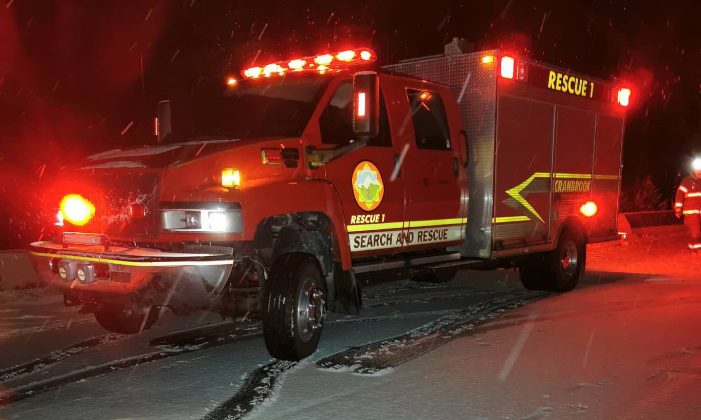 A collision between a car and a farm tractor Wednesday morning prompted the response of emergency crews, including Cranbrook Highway Rescue.

Responding around 7:55 am, Cranbrook Highway Rescue was called to assist. When they arrived at the scene, they said the tractor was partially on top of the car, trapping the driver inside.

“The team was able to stabilize both the car and tractor, then using the Jaws of Life, were able to create enough space to get the driver safely out,” said Cranbrook Highway Rescue.

The driver of the car was taken into the care of the BC Ambulance Service and transported to East Kootenay Regional Hospital with “undetermined” injuries. The driver’s condition is not known at this time.

Members of Cranbrook Search and Rescue make up the Cranbrook Highway Rescue team, which assists on calls with regular emergency responders including the RCMP, Fire Department, and BC the Ambulance Service when needed.