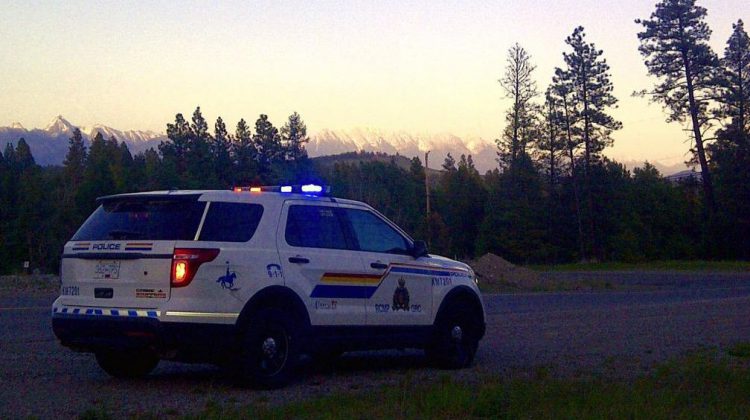 Kimberley RCMP responded to a stabbing in Wasa over the weekend, where a man was injured at his home after a “physical confrontation” with the alleged suspect.

Responding to Wasa just before 2:00 am on Sunday, July 14th, Kimberley RCMP also deployed a member of the RCMP Police Dog Service.

“The homeowner heard a noise outside and when he went to check an unknown subject lunged at him with a knife,” said Sgt. Chris Newel, Kimberley RCMP. “After a short physical confrontation, the subject dropped the knife and ran off.”

The RCMP Police Dog Service attended the area and was able to get a track of the suspect, but they weren’t able to locate the person responsible for the stabbing.

According to RCMP, the stabbing victim was taken to a local hospital where he was treated for his cuts and subsequently released.

Newel said that the Forensic Identification Section also attended and conducted a scene examination, but that they have yet to identify and find the suspect.

“This is an unusual event for anywhere in our area, but much less Wasa,” Newel told MyEastKootenayNow.com. “We’ve never seen anything quite like this, we’re not sure of the circumstances or the state of this person at the time, but we’re certainly doing what we can to ascertain who it is.”

RCMP are still pursuing leads in the investigation. Newel said they have access to a video of the altercation taking place and will be looking it over in hopes of it aiding their investigation into the stabbing.

“We have had a chance to review that and we will be taking a closer look to see if it can give us some leads.”