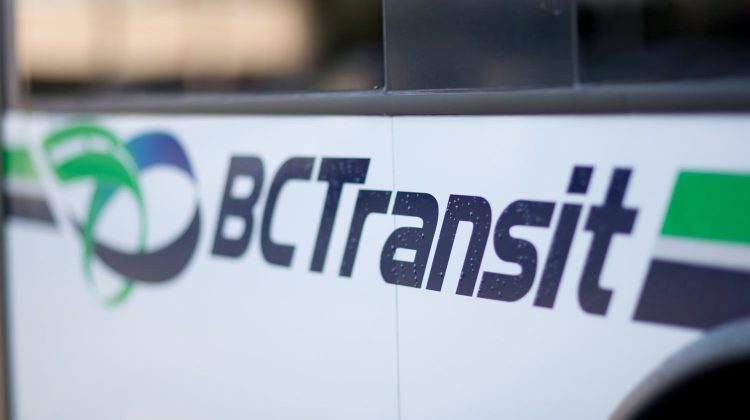 (Supplied by BC Transit)

The B.C. and Canadian Government have committed to keeping public transit as affordable as possible for residents as the province works its way through the COVID-19 pandemic with a $1.038 billion investment.

The B.C. Government said agreements for Safe Restart funding have been signed with TransLink, BC Transit and BC Ferries.

Under the Safe Restart Agreement, the three agencies will share an investment of $1.038 billion from the Provincial and Federal Governments.

“We British Columbians rely on TransLink, BC Transit and BC Ferries to provide us with safe, accessible and affordable transit service,” said Joyce Murray, federal Minister of Digital Government and MP for Vancouver Quadra. “Through the Safe Restart Agreement, our federal government is providing critical funding to ensure British Columbians who count on these transit services can continue to rely on them to go to work and for other essential errands and visits.”

The agreement also sets out a number of specific details and requirements that must be followed. The funding will be used to help keep public transit affordable for British Columbians.

“This significant, one-time funding demonstrates our commitment to the public transportation people rely on,” said Rob Fleming, B.C.’s Minister of Transportation and Infrastructure. “This ensures these essential services are maintained across the province and that fares will remain affordable – providing certainty for people as we recover from these challenging times.”

According to the Provincial Govenrment, fare changes for BC Transit are capped at affordable levels through to the end of its fiscal year, March 31, 2024. The same policy has been adopted by TransLink until its fiscal year-end on December 31, 2024.

As for BC Ferries, there will be no fare increases until at least March 31, 2021, with future changes capped to limits established before the pandemic. To meet the needs of the community, minimum service levels and additional sailings will be maintained for the next three years.

“Our public transportation systems must continue to be strong, affordable and able to get people where they need to go – to work, to school, to get groceries and more,” said George Heyman, Minister Responsible for TransLink. “This funding will support these services so they are here for us as we get back to normal.”

The Province said it has worked closely with the agencies to understand the financial impacts on their operations arising from the pandemic, including additional safety regulations and measures to keep fares affordable.