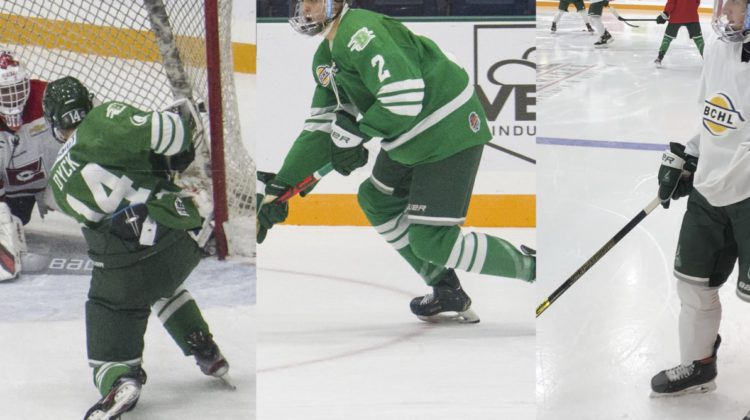 Tyson Dyck, Jagger Benson, and Jason Marsella have all been added by the Cranbrook Bucks to finalize their roster for the 2020/21 BCHL season. (Supplied by Cranbrook Bucks)

The Cranbrook Bucks have added three final pieces to the puzzle, rounding out their 24-man roster for their inaugural season in the BC Hockey League.

“Tyson is a young player that impressed our staff at our Rookie Camp this fall, and we are excited to be able to add him to our roster for this season,” said Ryan Donald, Head Coach and General Manager of the Cranbrook Bucks. “Tyson is an exceptional young man that will be a great fit within our organization as a player and a person.”

“Jagger is a player that we think can step in and help us immediately,” said Donald. “He possesses good size, athleticism, and length in his game, as well as a good shot.”

“Jason is a young man that will benefit from a fresh start with our organization,” added Donald. “He is someone that our staff is familiar with and is a player that can play in a lot of situations and is very versatile. He is a strong skater that is comfortable with the puck on his stick and will be relied on to contribute to all three zones. We are looking forward to helping prepare Jason for his NCAA career at Yale.”

While Marsella has yet to play a game for the Bucks, joining the team early last week, Dyck has played three games for Cranbrook, most recently scoring against the Merritt Centennials last week, while Benson has played a pair of games with the team.

The BCHL regular season is slated to begin December 8th, pending the ongoing travel restrictions from the Provincial Health Office (PHO). The league cancelled the remainder of the pre-season as a result and now awaits the formal start of the BCHL season.