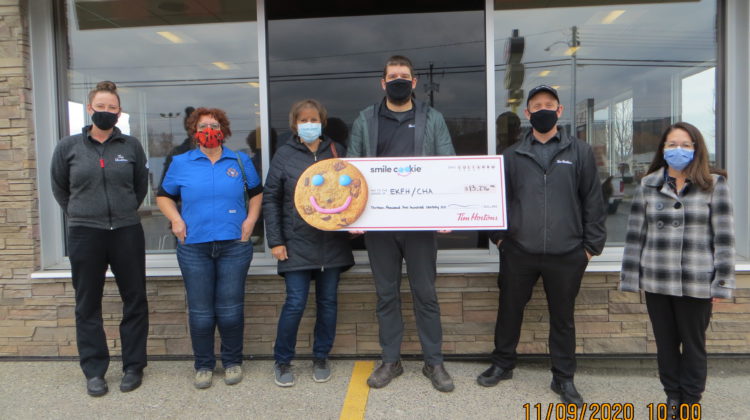 With another Tim Horton’s Smile Cookie Campaign in the books, the company has now given over $213,000 for health care in Cranbrook over the years.

The East Kootenay Foundation for Health (EKFH) said the cookies sold out in record time, and gives its thanks to everyone who purchased one.

Cranbrook resident Sandy Savarie was also thanked for her efforts in selling the cookies to local businesses.

The EKFH said the funds raised will be split between itself and the Cranbrook Health Care Auxiliary.