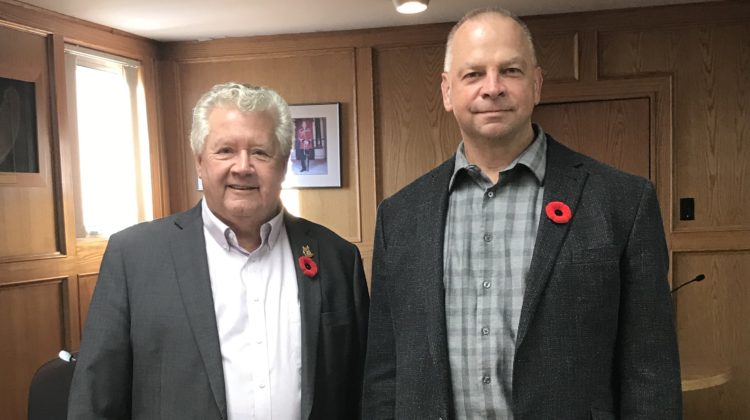 Mark Fercho said he came back to his hometown to run the City of Cranbrook because of Council’s bold vision for the future and his ability to lead the organization effectively.

Fercho brings 18 years of experience in local government, starting in 2002 with the City of Prince George as Manager of Sustainability, Manager of Parks and Recreation and Environmental Services Manager. Fercho would then become CAO of for the District of Mackenzie, B.C. in 2011 before taking the CAO role in Jasper, AB in 2014.

Fercho told MyEastKootenayNow.com that leaving Jasper was more difficult than he thought but the pull to come back to Cranbrook was too much to pass by. Since working in local government, the CAO position in Cranbrook had come up three times, but Fercho finally applied this time around. He said there were two reasons why he jumped at the opportunity.

“Council had a desire to have somebody strong come in and operate the organization as a local government should, that was clear,” said Fercho. “You saw some of the reporting and some of the issues that were in the past and what they wanted to do about that. For me to have a mandate to be able to operate as I would was excellent.”

The second reason was Mayor Lee Pratt and Cranbrook City Council’s “bullish” vision for the future of the community.

“Being a Cranbrookite from a long time ago, I’ve worked all over the province and lived all over B.C. and worked a lot through northern B.C. and the Island and the Okanagan and have watched communities enjoy some of the benefits of things changing, and Cranbrook hasn’t taken advantage of that in a way it should, is how I felt. Now I feel this Council would like to move forward on some of those things and I found that very attractive.”

“We’ve been looking for somebody that’s got a good background and experience and that, and Mark certainly has that,” Mayor Lee Pratt told MyEastKootenayNow.com. “He sees the vision that we have and he’s committed to that also, so I think it’s very good to have him here. The next two years is going to be very exciting here.”

Immediately, Fercho said he has been reviewing the organization and looking for areas of optimization and improvement.

“The mechanics of how we function as an organization is where my immediate effect is. My first week here was finding out how the different departments are functioning, how they’re working together, what works, what doesn’t work, and starting to formulate a plan.”

“Starting to think about, what do we need to do to facilitate? It’s not that anything could be drastically improved, but just changing the flow of some of that through the organization to help move things along.”

Raised in Cranbrook, the new CAO believes they can leverage positive growth for the City, taking advantage of new economic drivers and new development to Cranbrook’s benefit.

“Cranbrook is well situated in the Kootenays, there is no reason for us not to be very economically successful, not that we’re not, but you’re certainly seeing that in the value of houses and the growth that’s coming to town. But as an organization, as a municipality, how can we facilitate good jobs and good growth in the community for the benefit of the residents?”

Fercho said that includes making sure all City services are running well, whether it’s water, sewer, roads, infrastructure, and others. Not just a singular service or idea, Fercho believes Cranbrook can start utilizing new trends that would positively impact the community and lead to growth and prosperity for the community.