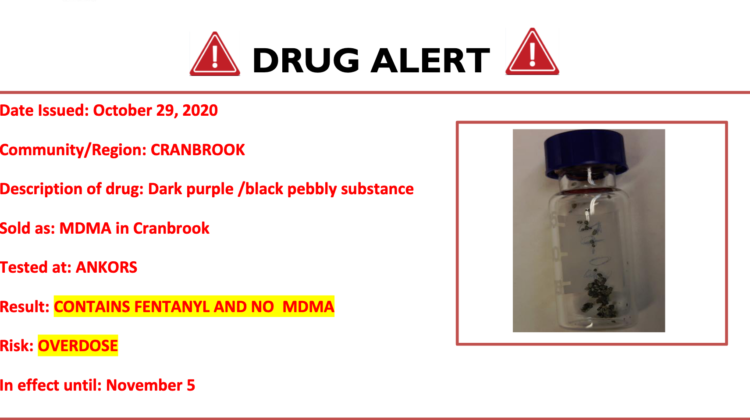 The City of Cranbrook has been put on Drug Alert by Interior Health as MDMA being sold in the City, isn’t MDMA, but actually fentanyl.

Interior Health describes the drug as a dark purple, black pebbly substance that is being sold on the street as MDMA. However, the health authority said the drug doesn’t contain any MDMA but is instead fentanyl, leading to potential overdoses.

The drug was tested at ANKORS East Kootenay, prompting the Drug Alert for the community. The Drug Alert will remain in effect until next Thursday, November 5th.

As a precaution, Interior Health has offered the following information to reduce the risk of an overdose:

Naloxone kits to counteract overdoses are also available at ANKORS, East Kootenay Addiction Services, local pharmacies, Interior Health Public Health, and other locations. Training is also provided at all of the locations.

MORE: Harm Reduction Services and Locations (Toward the Heart) 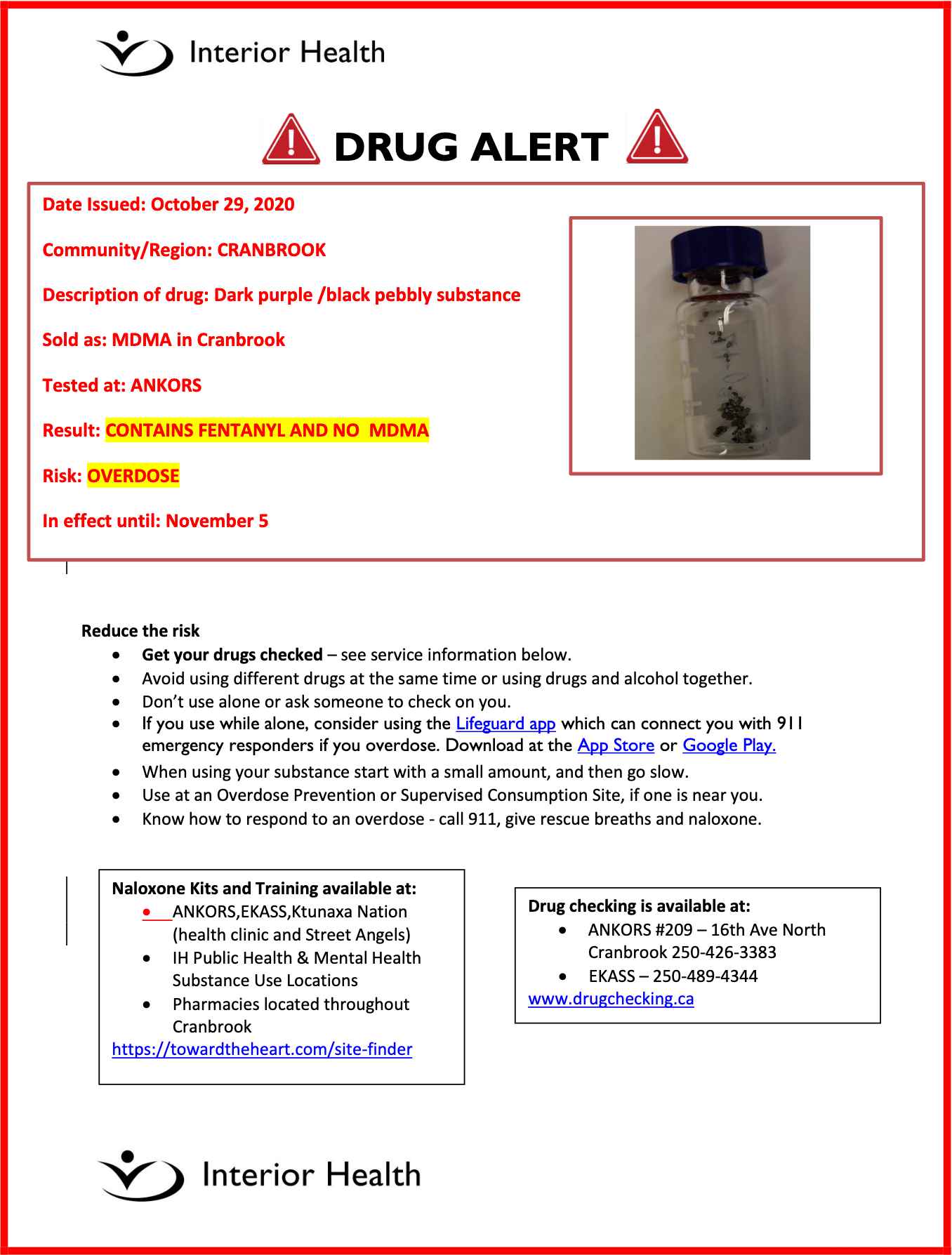