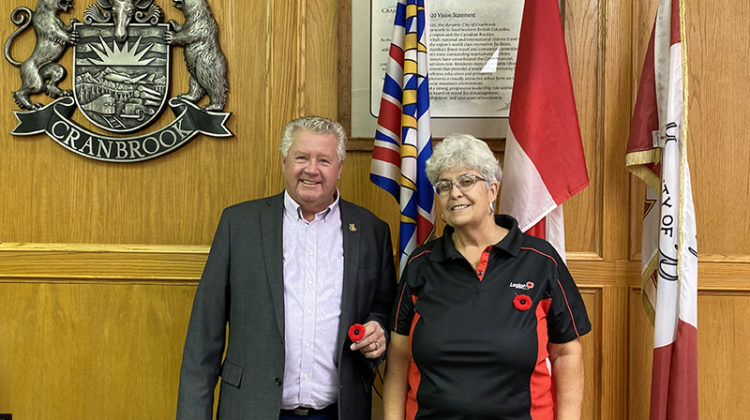 Cranbrook Mayor Lee Pratt (left) given a poppy from Edith LeClair (right), president of the Royal Canadian Legion Branch No. 24. (Supplied by the City of Cranbrook)

The City of Cranbrook said Pratt was given the poppy by Edith LeClair, President of the Royal Canadian Legion Branch No. 24.

Cranbrook said while there is no formal ceremony in Rotary Park this year, residents are asked to take a moment to pause at 11 a.m. on November 11th and remember those who have lost their lives in combat and those in the military today.