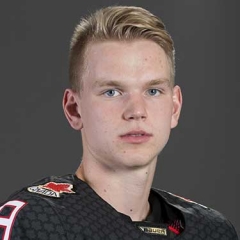 Last year, Byram represented Canada at the 2020 World Juniors in the Czech Republic, where he played seven games and recorded two assists. Canada would capture gold in a 4-3 win over Russia.

The 2021 World Juniors will be held in a competition bubble in Edmonton and Red Deer from December 26th to January 5th. Byram and Canada will look to capture their third gold medal in four years, after previously winning in 2018 and 2020.

Byram is a fourth overall selection of the Colorado Avalanche in the 2019 NHL Draft. Although he has yet to see game action in the NHL, Byram did join the team for the most recent playoff run. Playing for the WHL’s Vancouver Giants, Byram has 150 points (46 goals, 104 assists) in 188 games, which includes 52 points (14 goals, 38 assists) in 50 games last season.