Water valve replacement to impact some Cranbrook residents and businesses 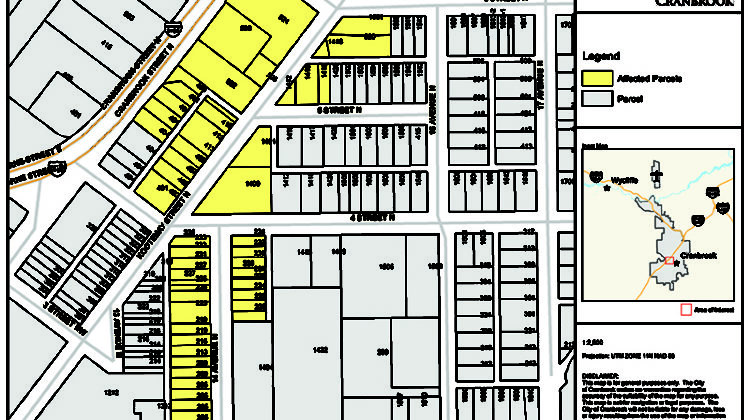 A map depicting the properties that will be impacted by the water valve replacement project on Thursday. (Supplied by the City of Cranbrook)

The City of Cranbrook has confirmed the project has been postponed and has been rescheduled to Monday, November 2nd.

A water valve replacement will get underway by contractors working with the City of Cranbrook on Thursday, which will disrupt water service to a number of homes and businesses.

The area which will be impacted will begin at the intersection of 6th Street North and Kootenay Street, beside Juniper Lanes, to 14th Avenue North and 2nd Street North.

“For water customers affected by this project, once water service is restored you may experience discoloured water. This is not considered a health concern. Please run your cold water taps until the water runs clear, generally after a few minutes,” said the City of Cranbrook.

As well, the road will be closed until the project is completed, to allow crews to work safely. Drivers are asked to look out for any signage and follow directions given by flaggers or other workers.

The City said work is expected to wrap up by the end of the day.