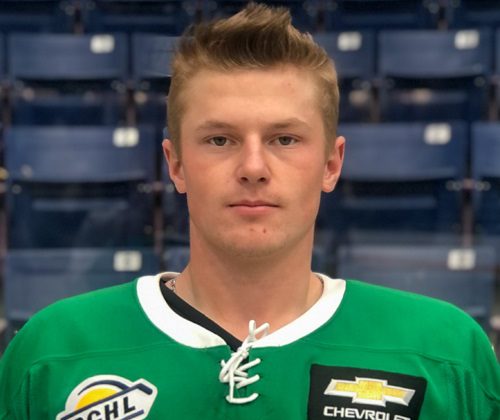 19-year-old Cranbrook native Quaid Anderson has committed to the Bucks for the upcoming BCHL season.

“Quaid is a player that has impressed our staff over the course of our training camp with his competitiveness and his work ethic,” said Ryan Donald, Head Coach and General Manager of the Cranbrook Bucks. “He is a local product that we believe will add a veteran presence to our lineup.”

“We are excited to add Quaid to our roster for our inaugural season.”

The Cranbrook Bucks continue their pre-season with Game 3 of the Kootenay Cup on Saturday against the Trail Smoke Eaters at Cominco Arena. The game is being broadcast through HockeyTV, which requires a subscription.