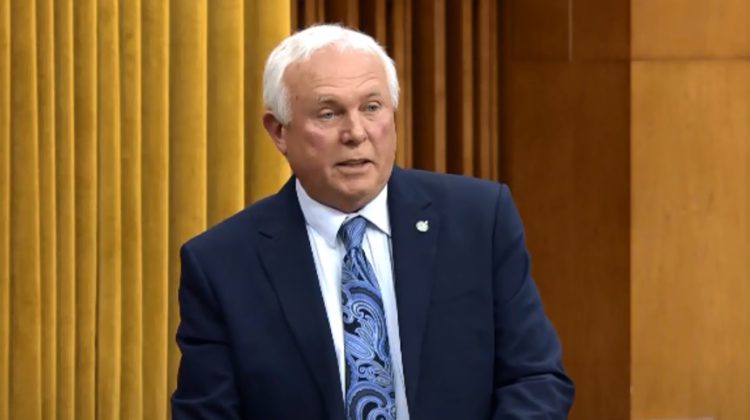 Morrison said Air Canada recently purchased 25,000 rapid COVID-19 tests. The rapid tests would provide positive test results in five minutes, while a negative test result would take about eight minutes. Morrison said the tests would be beneficial, as passengers wouldn’t necessarily have to quarantine for 14 days upon their arrival into Canada if they tested negative.

“As of yet, the government will not allow Air Canada to validate those tests and not be required for the 14-day quarantine,” Morrison told MyEastKootenayNow.com. “How that’s important to Kootenay-Columbia is, of course, we’re the largest heli-skiing in the world and that would open the whole backcountry for the heli-skiing groups because most of those people who are paying for the heli-skiing are from Europe.”

The tests were approved by Health Canada but can’t be used by Air Canada until they get federal government approval, said Morrison.

According to the local Member of Parliament, the rapid testing could also resolve a recent issue brought to light at the federal border.

Morrison said a couple from Invermere was looking to travel to Mexico through the United States in their vehicle. At the Roosville border crossing, the couple was denied entry into the United States as they were non-essential travellers. When they came back through the Canadian side of the border moments later, the Canada Border Services Agency (CBSA) informed them that because they had left the country, they must quarantine for 14 days.

“The issue there is they were refused entry, they never did leave Canada,” said Morrison. “To impose a 14-day quarantine on a couple who didn’t know that they were going to be sent back in the first place, I just have to question where the common sense is from a directive from CBSA coming out saying that if you are refused entry, you quarantine.”

With the House of Commons sitting next week, Morrison said he has already sent a message to Bill Blair about the issue, the federal Minister of Public Safety who is also responsible for the CBSA. Morrison would like to see the CBSA directive removed. Morrison said anyone who is in the United States should absolutely quarantine for 14-days, but he questions why there is a directive from the CBSA for those that never actually enter the United States, forcing them to quarantine if they never actually stepped foot south of the border.

The two topics pair together, as Morrison is hoping the rapid COVID-19 testing can be approved for air travel and at the border for use, potentially alleviating some need for mandatory 14-day quarantines.