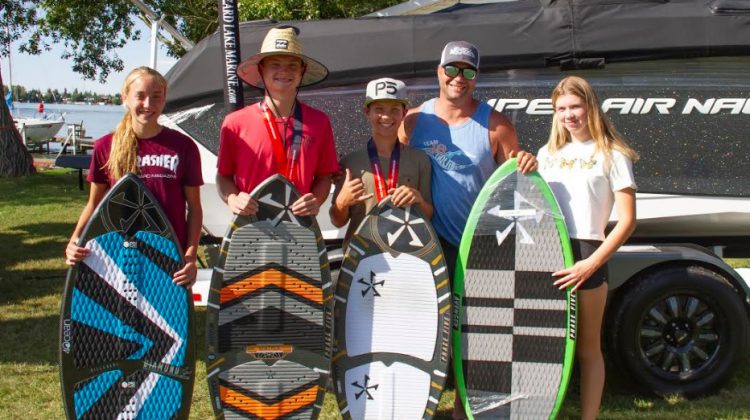 The 2019 Nautique Canadian Wakesurf National Championships on Lake Chestermere saw a strong contingent of East Kootenay wakesurfers over the weekend, as they captured the full spectrum of medals.

Matt Boehm and Mike Rouselle had their share of “firsts” at the National Championships.

Boehm, a native of Jaffray, took a bronze medal in the Master Men’s Division, also serving as his first competitive event as a wakesurfer. Cranbrook’s Mike Rouselle competed in the Adaptive Division, which was introduced for the first time as a competitive division at the National Championship. Rouselle grabbed a bronze medal for his performance.

Two local wakesurfers just missed the podium at the event as Caroline Villeneuve, from Lake Koocanusa’s H20 School, finished fourth in the Pro Women’s Skim Division while Cranbrook’s Gabrielle Hockley was fifth in the same competition.

Competitors from across Canada, the United States and Japan all competed on Lake Chestermere over the weekend. Group photo from the 2019 Canadian Nationals. (Supplied by Loree Duczek) 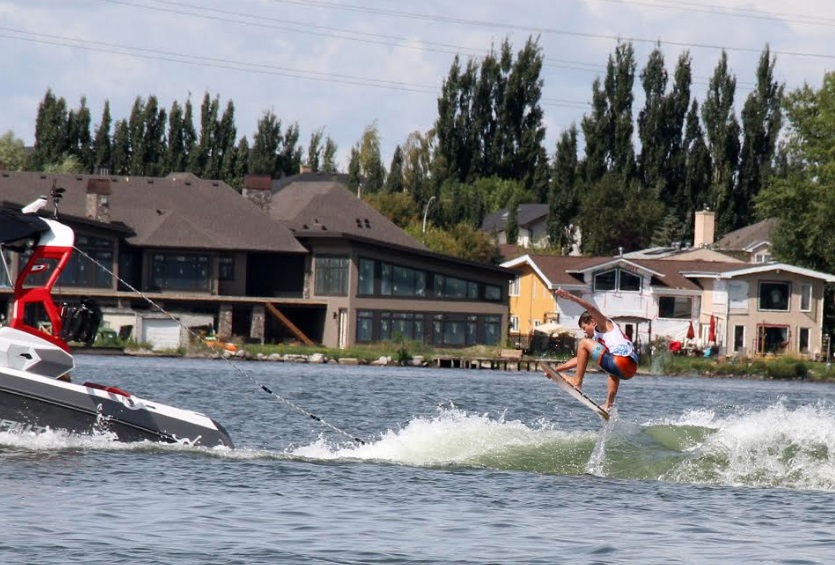