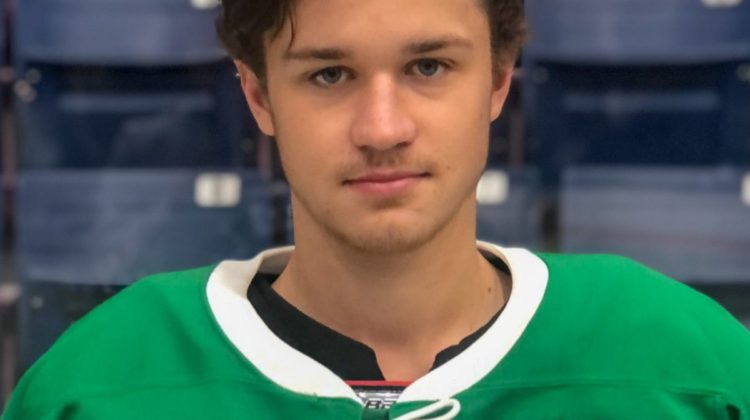 Signing a forward and trading for another, the Cranbrook Bucks have added two players to their Extended Training Camp Roster before their first exhibition action this upcoming weekend.

In the first move, the Bucks signed 18-year-old forward Sheldon Pryce. Playing the 2019 season with the Stratford Warriors in the GOJHL (Greater Ontario Junior Hockey League), the 2002-born forward has 44 points (17 goals, 27 assists) in 50 games.

“Sheldon is a player that we believe will fit our style of play extremely well,” said Donald. “His hockey sense and skating are great, and he has shown an ability to produce offence.”

From Calgary, AB, the 20-year-old forward played 50 games in the Alberta Junior Hockey League last year, registering 22 points (6 goals, 16 assists). Back in the 2019 season, Hargen played six games for the Trail Smoke Eaters, scoring one goal. However, Hagen spent the majority of the season in the KIJHL with the Beaver Valley Nitehawks, where he had 54 points (15 goals, 39 assists) in 44 games.

Both players are now on Cranbrook’s Extended Training Camp Roster which includes 13 forwards, six defencemen, one goalie on the active roster, and five forwards, two defencemen, and one goalie on the reserve roster. Regardless of the players are on the active or reserve roster, they will all get a chance to play Cranbrook’s 12 exhibition games in October and November before the regular season begins in early December.

Exhibition action opens for the Bucks on Saturday, October 3rd against the Trail Smoke Eaters at Cominco Arena. Game time is set for 7:00 pm PT and will be broadcast on HockeyTV.