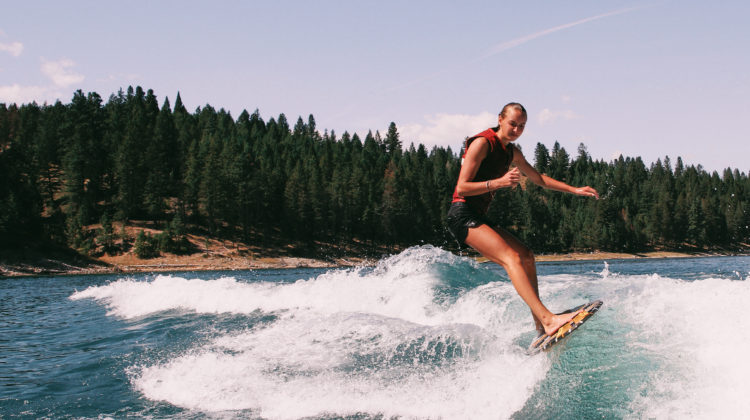 According to Loree Duczek, competitors from the East Kootenay won two gold medals, a silver and a bronze.

In the youth categories, Jaffray’s Cassidy Boehm won first place for the Girls and Dagen Duczek took home silver in the Boys category.

Fernie’s Caroline Villeneuve, who also runs the H20 School on Lake Koocanusa, showed her proficiency with the sport as she was awarded the bronze medal in the Pro Women’s Skim.

Meanwhile, Ryder Duczek from Cranbrook put in a strong performance that saw him take home a gold medal in the Pro Men’s Division.

The Duczek brothers, Boehm and Villeneuve will go on to represent Canada in the upcoming 2020 World Wakesurfing Championship.

“To qualify to be invited, riders must be ranked in the top eight in their division in the Competitive Wake Surfing Association world rankings. The event will feature 131 athletes from 11 countries competing in 17 different divisions,” said Loree Duczek.

This year’s competition will look different due to the COVID-19 pandemic, however, as it will feature a combination of live and streamed rides, which have been pre-recorded at sanctioned modules in six countries on three continents.

The Centurion World Wakesurfing Championship takes place in Fort Worth, Texas this year on October 1st, and will run for three days. 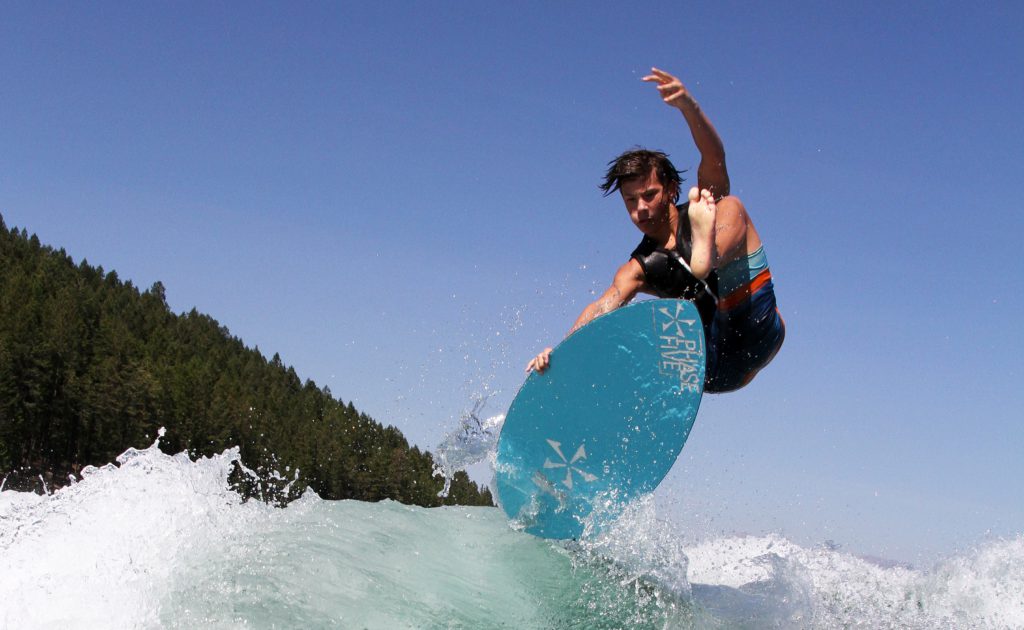 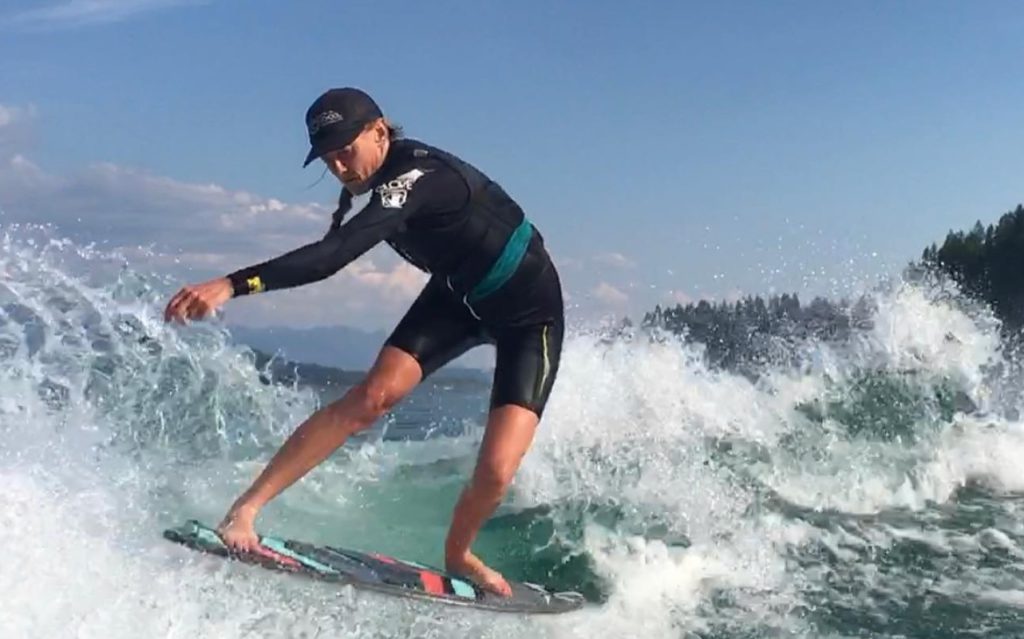 Caroline Villeneuve From Fernie won a bronze medal in the Women’s Pro Skim at the 2020 Wake Canada Wakesurf Nationals. (Supplied by Loree Duczek) 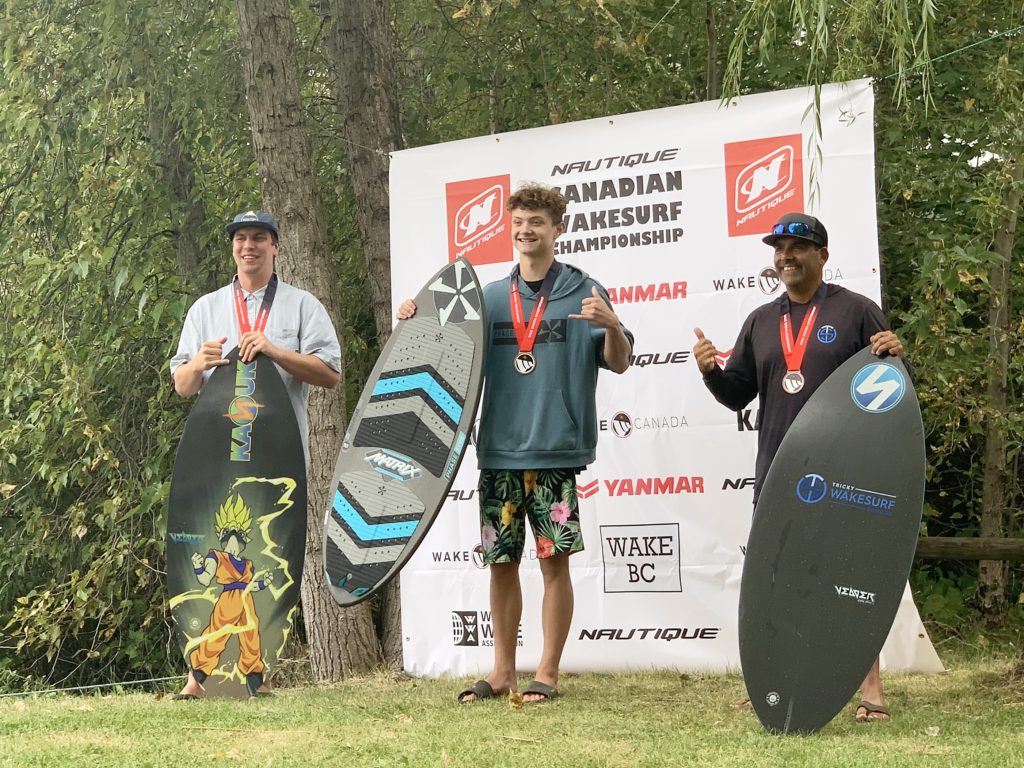