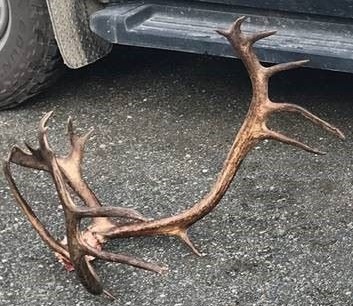 A man from Fernie faces a $7,000 fine and a two-year hunting ban after he pleaded guilty of obstructing officers and possessing a carcass without parts attached.

The BC Conservation Officer Service (COS) said the man was convicted in Terrace Provincial Court on September 10th. On top of the fine and hunting ban, the man was required to forfeit a caribou and moose to the Crown.

The man’s guilty plea came almost a year after the investigation was launched on September 17, 2019.

According to the BC Conservation Officer Service, its members, along with the RCMP Air Service conducted hunter checks of remote fly-in lakes northwest of Dease Lake, located in northern B.C.

“During one of the checks, officers became suspicious of a bull caribou and a bull moose killed by one of the hunters in a camp,” said the COS.

Conservation officers from Fernie, Dease Lake and Atlin, another northern B.C. community, launched an investigation and learned that both animals had been killed illegally. Through the investigation, the COS said the hunter deliberately hindered efforts by officers.

A $6,500 portion of the fine was ordered to be paid to the Habitat Conservation Trust Fund, which helps pay for various conservation projects and education to the public across the province.